Directed by Cate Shortland
A powerful tale of survival about the adolescent daughter of two Nazis in post-World War II Germany.

In post-World War II Germany (1945), Lore (Saskia Rosendahl), a beautiful, blue-eyed adolescent, lives with her mother (Ursina Lardi) and four younger siblings in a large country home. Her father (Hans-Jochen Wagner) is a S.S. officer who realizes that the end of the Nazi dream is near. In a state of panic, he burns all his papers and shoots the family dog. He is arrested and his wife, after weeping over the death of Hitler, leaves for a prison camp. She gives the family's silver and jewelry to Lore along with orders to take her sister, twin brothers, and infant brother to her grandmother's home in Hamburg.

This journey is an arduous 500-mile trek through unknown and dangerous territory during which this angry, proud, and aloof teenager will be forced to depend on luck, the kindness of strangers, the obedience of her siblings, and incredible energy. Along the way, Lore is worn-down and depressed by the death and destruction in the bombed-out territory. She sees a dead man seated in a chair who committed suicide and a young woman sprawled on the floor with blood between her legs.

Given her despair and exhaustion, it is a stroke of good luck that Thomas (Kai-Peter Malina) decides to accompany them on their journey. He is a young man holding Jewish identity papers who has learned many survival skills, such as how to get through border passages and find food.

Lore intuits that she will never see her parents again and this means that she has a chance to explore her sexual urges with Thomas who is infatuated with her. At the same time, she struggles with her Nazi hatred of Jews.

Cate Shortland (Somersault) directs this survival and coming-of-age film based on a story in Rachel Seifert's 2001 novel The Dark Room. It gives us another glimpse of the character qualities needed to survive in life-threatening and catastrophic circumstances. In 2012, we reviewed four striking and meaningful films on this thought-provoking theme: Beast of the Southern Wild, The Hunger Games, Life of Pi, and The Impossible. Director Cate Shortland effectively conveys the shattering of Lore's childhood innocence as she barely makes it through her hellish journey. Newcomer Saskia Rosendahl puts in an astonishing performance as the daughter of Nazis who is forced to confront the darkness within and the barbarity of a world where trust and love have been obliterated. A final epiphany for Lore is heart-breaking.

Special features on the DVD include: the making of Lore; an alternate ending; memories of a German girl; and deleted scenes. 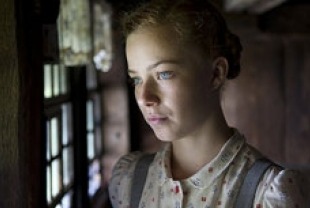 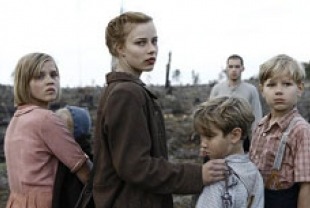 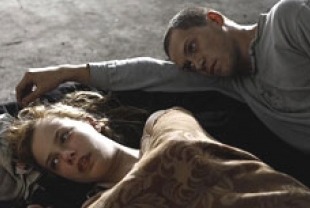 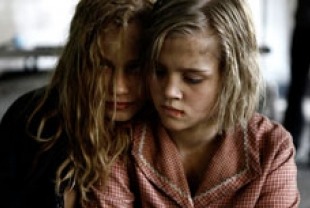