Directed by Tobias Lindholm
A poignant and powerful drama about the hijacking of a Danish cargo ship and its seven-member crew by Somali pirates.

As the gap between the super-rich and the poor widens around the world, it's likely that there will be an escalation of kidnappings and hijackings that often end in violence and death. In the scary documentary Manda Bata (Send a Bullet), Jason Kohn looks at kidnappings of wealthy men, women, or youth in San Paulo, Brazil, by poor people. Relatives are told they must pay a large ransom or their loved one will be killed. To justify their actions, ghetto residents claim kidnapping and hijacking are their best ways of leveling the playing field since the deck is always stacked in favor of the very rich.

In the Danish film A Hijacking, some Somali pirates board MV Rosen, a cargo ship operating in the Indian Ocean, taking the crew of seven men as hostages. Omar (Abdihakin Asgar) serves as translator for pirates and claims not to be one of them. Although the shipping company in Copenhagen hires an expert (Gary Skjoldmose Porter) to consult on the dangerous situation, Peter (Soren Malling), the company's CEO, insists on taking charge of the negotiations. Both he and the other executives are stunned when the pirates ask for $15 million dollars. This crisis continues for several months with Peter's counter-bids slowly going higher and higher.

Director Tobias Lindholm offers a sympathetic portrait of the crew members especially the ship's cook Mikkel (Pilou Asbaek) whose return to his wife and small daughter is interrupted by the hijacking. We learn little about the Somali pirates who are obviously very poor and patient enough to stick it out on the small ship until they get what they want.

Although Peter tries to be a commanding and cool leader during the negotiations with Omar, it is obvious that his company is not willing to pay more than a third of what the pirates are demanding. The big difference between the rich people in Brazil and Peter is that they would gladly pay $15 million to save the life of a wife or son or daughter whereas the CEO is not willing to put that kind of money on the line for seven working class crew members.

Lindholm has fashioned a tense and timely drama that is bound to keep you on the edge of your seat. We anticipate seeing more films about the serious and deadly consequences of the income inequalities around the world. Poor, angry, and unemployed men with guns are going to continue hijackings at sea and kidnappings in cities in order to make their plight and their presence known.

Special features on the DVD include behind the scenes featurettes; behind the movie; the director; research; the chief engineer; and the actors. 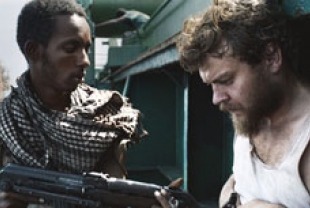 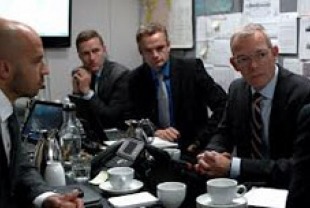 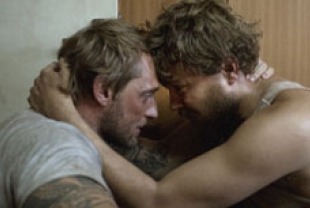