Directed by Emmanuel Vaughan-Lee, Gayatri Roshan
Portraits of three environmental activists and the challenges they face to help stem the tide of ecological disaster.

"The only way to avert the catastrophe
of neglect is through an evolutionary leap
in the way we see and feel our context.
We need to experience nature and
the universe within ourselves,
not as external scenery we view
outside the window of real life.
In religious terms, we need to be
'born again' in nature."

— Tom Hayden in The Lost Gospel of the Earth

Many sensitive, creative, smart, and energetic people throughout the world today are giving all they've got to mend our polluted, mauled, and ravaged planet. This salutary and deeply spiritual documentary directed by Gayatri Roshan and Emmanuel Vaughan-Lee presents profiles of three dedicated environmental activists on three continents. Through their personal stories, it reveals the immense challenges faced by those who want to change attitudes and spur citizens to band together in a communal effort before it is too late. They are calling us to a new way of understanding our role in nature.

"My own hopes for a revival and
continuance of life on Earth
now turn to this newfound resolution
to reassert our indivisibility with life,
recognize the obligations incumbent
upon us as the most powerful and
deadly species ever to exist,
and begin making amends for the havoc
we have wrought. If we preserve
in this new way, we may succeed
in making humans humane . . .at last." 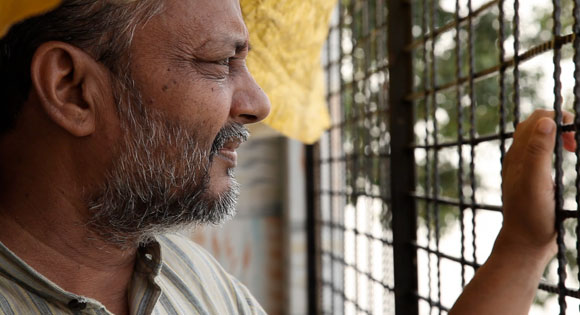 In India, Rajendra Singh is a tireless water conservationist whose heart is broken by the rampant pollution of the sacred Ganges river. After venturing forth on a 40-day pilgrimage along this waterway called "Mother Ganga," he meets with resistance from dishonest politicians, angry supporters of dam projects, and locals who resent him interfering in their affairs. But the wise words of a woman hermit give him encouragement to carry on his mission.

"The time has come when speaking out
is not enough, applauding is not enough.
We have to act. I urge you,
every time you have an opportunity,
make your opinions known by
your physical presence. Do it!" 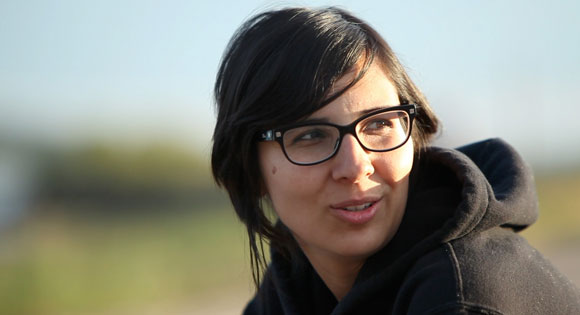 Eriel Deranger is an indigenous activist in Canada who is waging a multidimensional campaign against the proposed Keystone Pipeline that would carry Tar Sands oil to the United States. She courageously stands up to those who defend Tar Sands, the world's largest industrial project on an oil deposit the size of Florida, as a major supplier of jobs for indigenous peoples. After losing her position with Rainforest Action Network for her criticism of one of their major donors, she continues the crusade on her own. The time spent away from her family has caused problems with her daughter.

"The whole of nature touches and
intertwines in one great embrace.
The wind that brushes against my skin,
the sun that kisses my face,
the air that I breathe,
the fish swimming in the water,
the far-off star, and the gaze
in which I hold it are all in contact."

— Ernesto Cardenal in Abide in Love 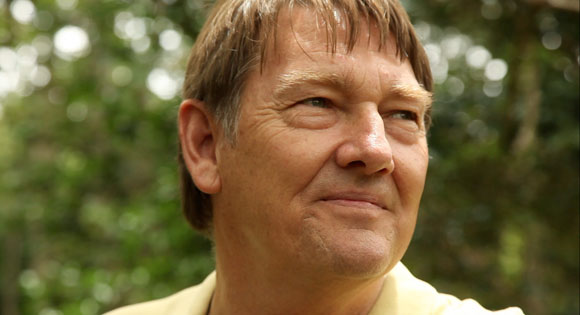 The final environmental defender is Australian inventor Jay Harman who believes that the natural world gives us hope for the future and reason for optimism since everything is in a constant state of change. We see Jay and Francesca Bertone, his wife and business partner, sharing his "atmospheric mixer" which he has designed to slow global warming in a 50 - 100 mile area. Looking for investors to begin research and development of this project proves to be very difficult. Although those with money to spare are interested in what they call "game-changing technologies," few are willing to take a leap in the dark with this "family business."

"Nothing could be worse than the fear
that one had given up too soon,
and left one unexpended effort
that might have saved the world."

Change agents such as these three environmental activists are forced by institutional rigidity and the indifference of ordinary citizens to be patient, to travel light, and to not let setbacks and harsh criticism dilute their passion. It is one thing to be disheartened and frustrated and quite another to succumb to burnout.

All the wisdom traditions talk about a point where all menders-of- the-world can regain their balance and find equanimity. It is called "not knowing" and it is the perfect home for all those who are running on empty. We salute Go Project Films for creating such an enlightening documentary about what it takes in our time to be a committed and creative activist for the environment.

"Never believe that a few caring people
can't change the world.
For indeed, that's all who ever have."