Directed by Pedro Almodovar
A frolicsome comedy with colorful characters including three airline stewards who do a hilarious version of the Pointer Sisters' classic song.

Pedro Almodovar's comedy is set aboard Peninsula Flight 2549 which is on route to Mexico City. In Spain before take-off, two bumbling ground crew workers (Antonio Banderas and Penelope Cruz) cause a mishap which later results in the airborne plane needing to find an airport for a crash landing. The three queeny stewards, Joserra (Javier Camara), Fajas (Carlos Areces), and Ulloa (Raul Arevalo), have their hands full with some unruly passengers, including Norma (Cecilia Roth), a feisty gossip magazine potentate with some big secrets; a pair of newlyweds; a psychic who wants to get laid and who also claims she can smell death; a big time businessman who is a white collar criminal; and a hit man on assignment.

In the face of danger and possible death, a phone in the cabin becomes the lifeline that keeps these passengers going. They all drink, the psychic loses her virginity, and the chief steward keeps alive his love for Alex (Antonio de la Torre), the plane's captain. But the high point in all the spoofing and comic bits comes when the stewards launch into a song-and-dance number where they move about the plane and lip-synch the Pointer Sisters' classic "I'm So Excited."

One of the song's lines goes: "I'm about to lose control and I think I like it." This frolicsome comedy can be seen a witty and clever take on that sentiment. 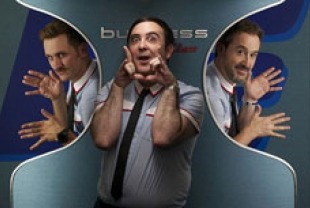 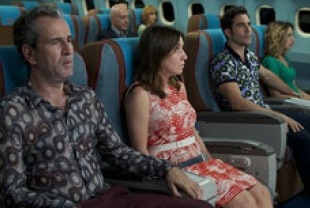 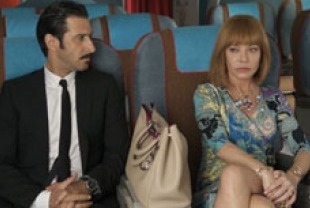 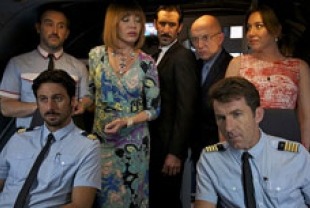 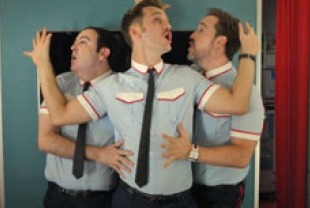