Directed by Neill Blomkamp
A mesmerizing sci-fi thriller set in a dystopian world where the rich reside on a paradisiacal orbital space station and the teeming masses yearn to join them for their comfort and health care.

In this mesmerizing sci-fi thriller set in 2154, Earth has become diseased, polluted, and over-populated. Los Angeles is a teeming city jammed with far too many people scrambling for food, work, and shelter. Those who live in this hellhole are dominated by cop droids who control, exploit, humiliate, and spy on them. They are weakened by air pollution and living in a place where the health care system cannot begin to handle all the needs of the city's residents.

The rich and the powerful, in contrast, have fled Earth and created a special preserve called Elysium, an orbital space station which is just a 19-minute shuttle ride away. Talk about a gap between the rich and the poor! Protected by a heavy security force, the privileged people on Elysium live in splendor and comfort far from the everyday disasters of the underclass in Los Angeles. Best of all, they enjoy the miracles of a disease-free long life thanks to healing bays in every home which cure all physical problems from cancer to burns and wounds.

In District 9, South-African director Neill Blomkamp created a bold and startling science fiction tale about the clash between the established residents of a human community and the aliens who land in a Johannesburg slum. This dystopian film reveals the catastrophic aftereffects of a "hostile imagination," a disease of the mind resulting in hatred of strangers and outsiders. With Elysium, Blomkamp has come up with another thought-provoking thriller that takes contemporary problems and projects them into a future scenario.

As of October 31, 2011, according to the U.N. Population Fund, there were seven billion people on the planet. Large challenges face the peoples of the Earth as a result of this population explosion — food and water shortages, health care crises, homelessness, and an increase of refugees wandering from one place to another in search of work.

At the same time, the richest 1% of the world's population owns 32% of the wealth. These elitists believe they are entitled to all they possess and are willing to use any means necessary to maintain their luxuries and pleasures. As the gap between the haves and the have-nots widens, we will be seeing more and more hijackings of rich people and their loved ones by desperate have-nots who are willing to do anything to pull themselves out of poverty. Considering these facts, Elysium does not seem far-fetched at all.

Max (Matt Damon) is an ex-con on parole who lives alone in the ghetto city of Los Angeles. He grew up in a Catholic orphanage where a nun once told him that he was put on Earth to do something special for others. But so far, that side of him has not materialized. He works at a factory owned by Armadyne, a defense company run by John Carlyle (William Fichtner). During an accident there, his body receives a lethal dose of radiation, and he learns he only has five days to live. In a state of panic, he realizes he has to get to Elysium where he can be healed.

Matt contacts Spider (Wagner Moura), a criminal associate from the past who has been sending illegal immigrants to Elysium in planes only to have them shot down by the habitat's security forces. Matt arranges a deal with him which involves retooling his body with a cyborg frame and kidnapping Carlyle to retrieve information from his brain; they believe with the right data they can open the gates of paradise to all the people of Earth. In this last ditch effort to stay alive, Matt faces some formidable opponents including Elysium's bellicose defense secretary Delacourt (Jodie Foster) and her vicious and violent mercenary Kruger (Sharlto Copley). In his quest, this desperate survivor runs into Frey (Alice Braga), a childhood friend who is now a nurse and the mother of a daughter dying of leukemia. She also dreams of making it to Elysium.

This well-done piece of speculative fiction comes across as one of the finest depictions we've seen on film of the anger, hopelessness, and yearning in the hearts of the have-nots who lament the injustice of a world where the rich have everything and they have nothing. Matt Damon wins our allegiance as a desperate man on an impossible mission. Jodie Foster renders her character's cruel hatred of the riff-raff from Los Angeles in a way that brings to mind the anti-immigrant policies of so many members of the U.S. Congress.

An ancient Chinese proverb states: "If we do not change our direction, we are likely to end up where we are headed." Blomkamp and many others believe that we are already in the 11th hour, the last moment when change is possible.

Special features on the Blu-Ray/DVD include Collaboration: Crafting the Performances in Elysium; Engineering Utopia: creating a society in the sky; Blu-ray exclusives: extended scenes; Visions of 2154 — an interactive exploration of the art & design of Elysium; The journey to Elysium: envisioning Elysium/Capturing Elysium/Enhancing Elysium; In support of story: the visual effects of Elysium; The technology of 2154. 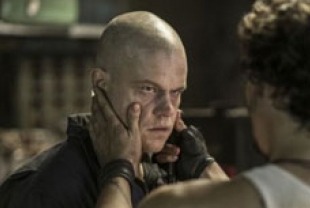 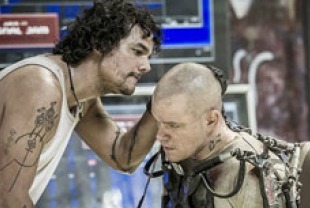 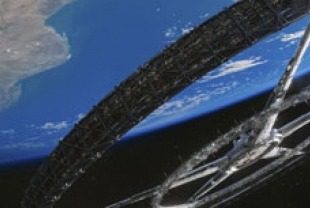 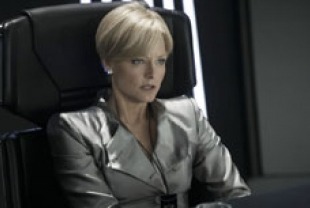 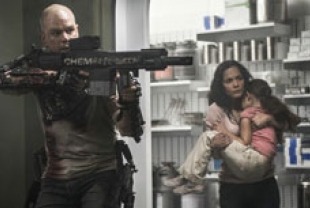 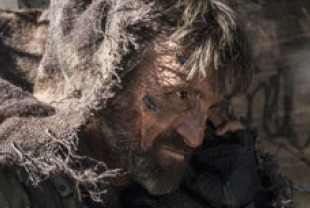 The End of Poverty?

A Dream of a More Compassionate World: An Excerpt from Hymns to An Unknown God by Sam Keen

Challenges Facing Humanity: An Excerpt from The Dalai Lama's Little Book of Compassion