Directed by Arnaud Desplechin
A chronicle of the spiritual retrieval of a lost man's soul through the work of psychoanalyst/anthropologist.

Jimmy Picard (Benicio Del Toro) of the Blackfoot Native American nation has returned from service in the army during World War II. His days are hobbled by terrible headaches, dizziness, temporary blindness, and hearing loss. His sister, who has given him a place to stay on ranch in Browning, Montana, gets him admitted to a new medical facility in Topeka, Kansas.

Picard undergoes a series of tests but after they reveal that his brain is okay along with his body. they diagnose him as a schizophrenic. Dr. Menninger (Larry Pine) decides to call in as a consultant on this difficult case, Georges Devereux (Mathieu Amalric), an psychoanalyst who is also an anthropologist and has spent two years doing field work with the Mojave people.

Picard has suffered as a Native American from the prejudice of white men and women and is impressed with this Frenchman's curiosity about tribal rituals and the meaning of words. Devereux takes his time drawing out his patient, who speaks slowly as he revisits troublesome memories including being sexually manipulated by an older girl when he was a boy, seeing his widowed mother in bed with another man, and feeling abandoned. Devereux is especially helpful to his patient when he offers detailed analysis of his dreams.

Jimmy P: Psychotherapy of a Plains Indian is a French film directed by Arnaud Desplechin based on the book by Georges Devereux. The stellar performances by Mathieu Amalric as the eccentric and enthusiastic psychoanalyst and Benicio Del Toro as the traumatized war veteran carry the film into our hearts as we witness the spiritual retrieval of a lost man's soul. Adding spice to the drama is Gina McKee as Madeleine, Georges Devereux's smart, sexy, and articulate mistress. 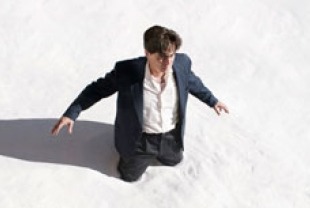 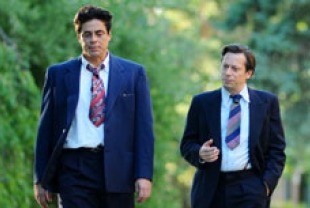 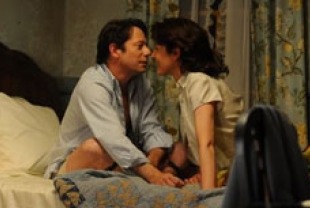