Directed by Mamoru Hosoda
An imaginative Japanese animation film about a resilient single mother trying to prepare her two strange children for the world.

In this imaginative Japanese animation film with a dubbed English-language soundtrack, Hana is a shy college student who takes an interest in Wolf Man, a mysterious fellow who keeps to himself. After they begin a romance, he tells her that he is the last in the line of shape-shifting creatures descended from Japan's now extinct gray wolf species.

Hana believes that their love can cope with anything that comes their way. But when she gets pregnant, they know they will have to deliver their baby in secret in case the infant is born as a wolf. And when the child gets sick, where should they take her? To the hospital or the veterinarian? Yuki turns out to be a loud and rowdy child whereas her brother Ame, born a year later, is quiet and reserved, a true loner.

When Wolf Man mysteriously dies, Hana decides to leave the city and move to the mountains where the gray wolves used to live. She rents a house far away from others in the area so they do not see her two children shape-shift into always hungry and fast-running wolves. It is a delight to watch this resilient single parent cope with one crisis and catastrophe after another. Hana has an especially hard time with plants being destroyed by insects and the weather. Eventually, a cranky neighbor takes a special interest in her and advise her on gardening and food production.

Director and screenplay co-writer Mamoru Hosoda does a remarkable job telling this strange yet compelling story of a brave and patient mother trying to make it possible for her children to make their own way in the world with their dual identities. Hats off to the Japanese animators who have created shimmering images of countryside and mountain scenes. The soothing and elegant music provides a gentle support for the unfolding drama of Yuki and Ame as they inch toward their final decisions on which world — the human or the animal — to live in. Similar to the Japanese anime films of Hayao Miyazaki, there is no villain or comic sidekick here to muck up the story. 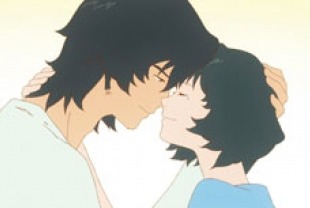 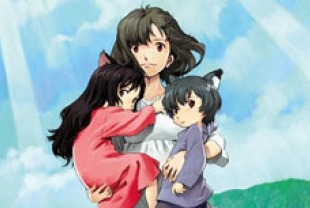 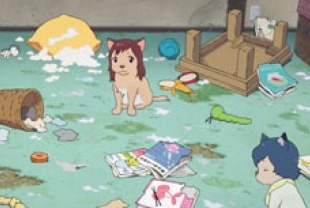 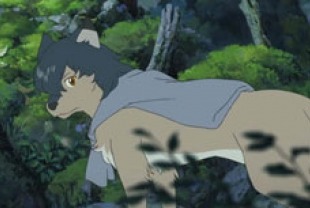 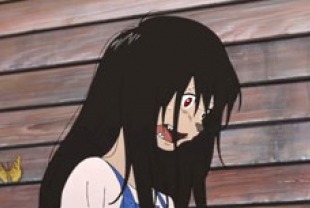