Directed by Ashutosh Gowariker
An Indian epic, an intimate love story, and an interfaith masterpiece proclaiming that everyone is deserving of respect.

We missed this astonishing Bollywood film when it opened in theaters in 2008 and just caught up with it recently on DVD. It is an Indian epic set in the 16th century focusing on the arranged marriage of the first Mughal emperor born on Indian soil, Akbar the Great (Hrithik Roshan), and a beautiful Rajput princess, Jodhaa Bai (Aishwarya Rai Bachchan). Although screenplay writers Haider Ali and K. P. Saxena, working with Ashutosh Gowariker, the director, have not given short shrift to the sweeping vistas of the desert, the extraordinary beauty of the palaces, and the barbarity of the battlefield where fierce enemies wield their swords with deadly intent; the heart and soul of the film lies in the slowly evolving love relationship between the emperor who is a Sufi Muslim and the Hindu princess who loves singing devotional songs to the playful Krishna.

As their wedding day nears, most of Muslim court is shocked when the emperor capitulates to his bride's demands that she not have to convert to Islam and that she be allowed to have a Hindu shrine in her quarters in the Mughal palace in Agra. He invites some Sufis to sing at the wedding; their song, "Khwaja Mere Khwaja," written by famed Indian composer A. H. Rahman, is addressed to the Chishti saint Hazart Kwaja Gharib Nawaz, and earlier in the film Akbar visits his shrine to ask for guidance. Akbar listens intently and when the dervishes get up and begin whirling, he joins them. On the other side of the room, the princess acknowledges the beauty and the emotional power of the devotional music. (See this scene on YouTube).

Still, even though Akbar's kindness touches her heart, the princess is not ready to consummate their marriage. The emperor vows to win her love slowly. Again and again, he demonstrates that his Sufi practice of adab has honed in him a deep and abiding respect for all human beings. In a variety of encounters with the princess, he shows nothing but the highest regard for her religion, her beauty, and her soulfulness. In turn, we see her devotion when she prays for her husband's life after he is wounded by a poison arrow in his shoulder. When Jodhaa finally says she is ready to love him, he takes her to a special room in the palace where sunlight floods the room with a radiance that evokes the Divine.

There is another radiance which comes to the fore in Jodhaa Akbar and that is the respect that is given to family members, friends, and partners. As a boy on the battlefield, Akbar spares the life of an enemy. Later he struggles with his heart when he has to deal with traitors and schemers. As he makes alliances and tries to rule fairly, he weaves his tolerance for all religions into his policies. At one point, he travels in disguise to the bazaar to hear for himself what his subjects are saying, giving them the respect of his deep listening and empathy.

Adab — the courtesy of the Sufi path — is a spiritual practice that can make all the difference in the world to people who yearn to be honored and acknowledged for their gifts, talents, and possibilities. Throughout this unusual Indian movie, we witness the many ways that this kind of radical respect can transform both our lives and the lives of others. 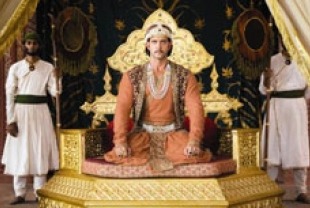 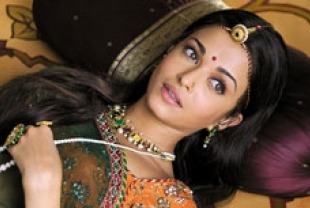 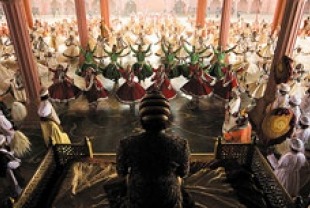 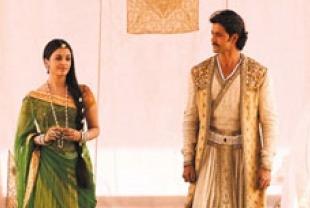 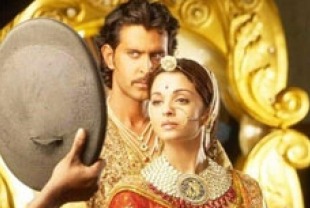