Directed by Wes Anderson
A madcap, inventive, and wonder-inducing creation about the arts of living from the inimitable writer and director Wes Anderson.

Twitter Facebook Link Print
Share
"You may not think that living with others is an art,
but it is the finest and most difficult of arts."
— Mary Mercedes in A Book of Courtesy

In 1985, a well-respected middle-aged author (Tom Wilkinson) travels down memory lane to 1968 when he first experienced the pleasures of staying at the Grand Budapest Hotel. He feels sad since the place which once enchanted him is nearly abandoned. In a flashback, we see his younger self, a writer (Jude Law), having dinner with Zero Moustafa (F. Murray Abraham), who unspools the phantasmagoric story of how he came to possess the Grand Budapest Hotel.

In 1932, a time between two world wars, this opulent red-carpeted paradise is a popular Alpine resort. During these glory days the man in charge is M. Gustave (Ralph Fiennes), the bisexual concierge who runs the Grand Budapest with exuberance and attention to every small detail. He is a master of civility whose mission is to serve others with respect and kindness. Gustave H. always speaks with authority and although he has moments when he loses his calm, overall he is the perfect gentleman.

At this time, the future owner, Zero (Tony Revolori) is the new Lobby Boy at the Grand Budapest. Wearing his purple outfit and cap, this teenager, an orphan, is happy to be taken under Gustave's wings. From him he learns the secrets of catering to the needs and desires of the rich and powerful.

One of the regulars is Madame G. (Tilda Swinton), a very old and wealthy dowager who enjoys sex with the rule-breaking concierge. Following her death, Gustave H. and Zero go to her estate where all her relatives have gathered to see who she has named in her will to receive her money and property. Much to the dismay of her rough and tough son Dmitri (Adrien Brody) and his thug Jopling (Willem Dafoe), Gustave H. is given a priceless painting. He and Zero immediately run off with the painting.

What follows is a madcap adventure as Gustave and Zero are pursued by Dmitri and Jopling and the military police led by captain Henckels (Edward Norton). When Gustave ends up in jail, Zero and his fiancee Agatha (Saoirse Ronan), a baker's assistant, help him escape. They eventually are confronted by Nazis who are coming to power in the area and have moved into the hotel.

The Grand Budapest Hotel is an inventive and wonder-inducing creation of the inimitable writer and director Wes Anderson. It is a multidimensional masterwork that delivers an overview of his interest in the art of living, a portrait of the glory days of Europe in the breathing space between two bloody wars, a rowdy meditation on the practices of hospitality and kindness, a picaresque tale populated by crazy characters, and a tribute to the salutary and healing power of stories.

Hats off to the many contributors whose creative input enhances this comedy: the classical and ethnic musical score of composer Alexandre Desplat; the impressive cinematography of Robert Yeoman; the production designs of Adam Stockhausen; and the ensemble work of other cast members in small roles including Bill Murray, Jeff Goldblum, Harvey Keitel, Matthew Amalric, Owen Wilson, and Jason Schwartzman.

Rudeness, incivility, violence, and disregard for the rights of others reveal that common courtesy is in short supply in these times. The neglect of this virtue leads to the collapse of community and widespread personal enmities. Now more than ever we need a revival of courtesy to lubricate both private and public interactions between people. This way of living is inspired by thoughtfulness, consideration, and respect for others and for yourself.

Very few movies present portraits of individuals whose simple acts of kindness, sensitivity, and soulfulness contribute to the creation of a better world. We commend Wes Anderson for The Grand Budapest Hotel and for choosing Ralph Fiennes to play Gustave H. His energetic and nuanced performance lights up the screen.

Leaving the theater, we are reminded of what the King of Heraclepis wrote to his son and successor in 2040 B.C.:

"Instill your love into all the world, for a good character is what is remembered." 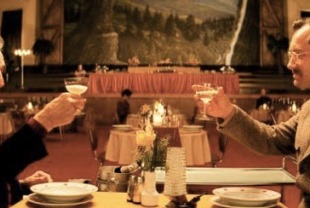 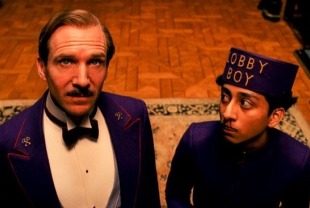 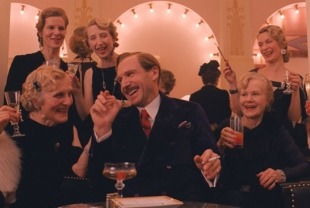 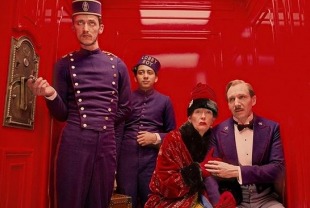 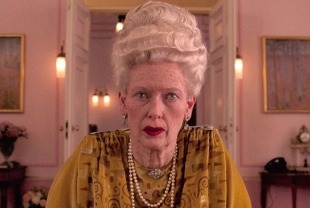 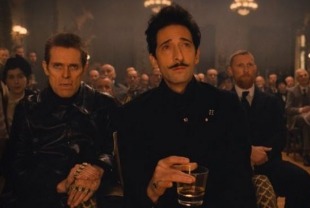 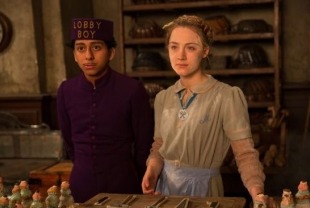 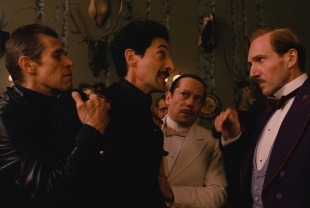