Directed by Valeria Golino
A thought-provoking moral thriller about a euthanasia activist in Italy.

You may remember the Italian-Greek actress Valeria Golino as Tom Cruise's girlfriend in Rain Man or perhaps you saw her in Frida or Respiro. She makes her debut as a film director with this thought-provoking moral thriller about a euthanasia activist in Italy. Honey is based on Mauro Covacich's novel and premiered at the Cannes Film Festival in Un Certain Regard where it received a special mention from the Ecumenical Jury. It also screened at the Venice Film Festival.

Irene (Jasmine Trinca) lives alone outside Rome in a place by the ocean. She keeps fit by swimming and wards off loneliness in a furtive affair with a married man (Vinico Marchioni). She works for her ex-lover, a hospital physician (Libero Di Rienzo) who gives her the names of patients who want to end their lives. The fact that assisted suicide is illegal in Italy forces Irene to fly all the way to Mexico to purchase lethal drugs sold to veterinarians to put down terminally ill dogs.

In a scene with a dying woman, Irene gives her husband instructions on administering the lethal liquid to his wife. She tries to assuage their fears by stating: "It is possible to stop the procedure at any time," and then puts their favorite music on to further ease their anxiety. In both instances, Irene, who calls herself "Honey," is a gentle and sensitive angel of death.

Everything is proceeding according to her plans until she meets Grimaldi (Carlo Cecchi), an aged and philosophical man. She meets him in his home and learns that he wants to administer the lethal drug to himself without her assistance. He is the first one to raise questions that force her to take a hard look at what she is doing as a euthanasia activist.

Golino does not take a side in the heated-up debate over euthanasia but instead focuses on the characters and the choices they make. The visual side of her storytelling is quite impressive, lending a poetic element to Irene's quest to discover the best path for her to take next.

Watching Honey, we had our eyes opened to the fact that euthanasia is not a black-and-white issue. People opposed to it can change their minds when it involves a loved one in constant pain. Even those who are strong supporters of the right to die can disagree; some believe that assistance should be only available to those who are terminally ill while others contend that it should be available to all who are suffering — including people who aren’t dying. 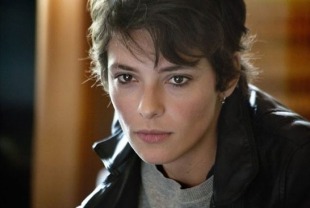 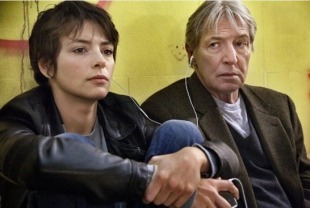 Decline of the American Empire

Whose Life Is It Anyway?