The Fault in Our Stars

Directed by Josh Boone
A poignant and heart-affecting love story about two teenagers with cancer squaring off against death.

Hazel Grace Lancaster (Shailene Woodley) is a 16-year-old girl who has been fighting thyroid cancer since she was 13. She is alive thanks to an experimental drug but because the cancer has affected her lungs, she has trouble breathing and needs to have an oxygen tank with her wherever she goes.

Her mother and father are upset about Hazel's depression. She responds with the observation that "Depression is a side effect of dying." Her mother insists that she attend a support group for teens meeting at a local church. The leader has placed a large rug with an image of Jesus on the floor; he tries to witness to the Lord but there is not much response to that approach. Hazel is bored with the meeting but can't help but notice that a boy named Augustus (Ansel Elgort) is staring at her. He is a cancer survivor who has a prosthetic leg. His best friend Isaac (Nat Wolff) has already lost one eye to cancer and has been told that his other eye will go shortly. After the meeting, Isaac makes out with his girlfriend — eager to enjoy the pleasures of romance before going blind.

Gus invites Hazel to his house and they exchange their favorite books. Hers is An Imperial Affliction, a creative work about a teen with cancer that has deeply affected her. His is an action novel. They both commit to reading the other's book and keep in touch as they do. Soon they are hanging out together at the support group and elsewhere.

As her condition worsens, Hazel tries to distance herself from Gus who has fallen in love with her. He is a charming, clever, and sincere young man who takes it upon himself to lift her spirits by constantly reminding her of how beautiful she is and what a special person she is in his eyes.

Gus secretly writes Peter Van Houten (Willem Dafoe), the reclusive author of An Imperial Affliction, who lives in Amsterdam. Hazel is ecstatic when he replies, and she emails him too. More than anything, she wants to meet him and have him answer some questions about what happens to his other characers after the main one dies at the end of his book. Van Houton does invite them to come to Amsterdam, and Hazel's mother accompanies them on their adventure. But their meeting does not go as the Americans had expected. Still, the trip proves to be a a turning point in these young lovers' relationship in many ways.

In 2014, there will be an estimated 1,665,540 new cancer cases diagnosed and 585,720 cancer deaths in the United States. Cancer remains the second most common cause of death in the U.S., accounting for nearly 1 of every 4 deaths. The Fault in Our Stars is directed by Josh Boone based on John Green's bestselling 2012 young adult novel. The author has written a poignant and heart-rending love story and the director has created a film adaptation that eludes the melodrama that has often dragged down other cancer movies. Anyone who has had cancer touch their lives will empathize with the three main characters — their struggles, desires, and vulnerabilities.

Every cancer day has its ups and downs, and every cancer moment is intense. We are captivated as we watch Hazel, Gus, and Isaac struggling with the disease and the pain — a line from An Imperial Affliction becomes their slogan: "Pain demands to be felt"). But at the same time they count their blessings, deal with the fears of their parents, cope with their own mood changes, and — above all — square off with death.

Shailene Woodley demonstrated that she has something special as a young actress with her small role in The Descendants. She has followed that one up with impressive performances in The Spectacular Now and Divergent. But her nuanced and emotionally rich portrait of Hazel is her best acting by far. Ansel Elgort is outstanding as the gallant and good-hearted Augustus, a young man whose love for Hazel is strong and true. These very talented young actors keep us focused on love and death. Our eyes filled with tears as Hazel said to Augustus:

"Some infinities are bigger than other infinities . . . There are days, many of them, when I resent the size of my unbound set, but my love, I cannot tell you how thankful I am for our little infinity."

In this wonderful film, love abounds!

Special features on the Blu-Ray/DVD include 6 deleted scenes with optional audio commentary; the stars align: book to screen; an audio commentary by Director Josh Boone & author John Green; promotional featurettes: the cast, the making of The Fault in Our Stars, the transformation, literature to life, our little infinity, the music behind our stars; gallery. 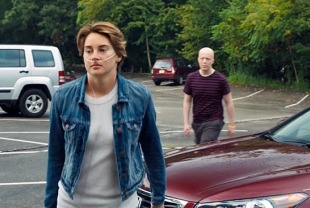 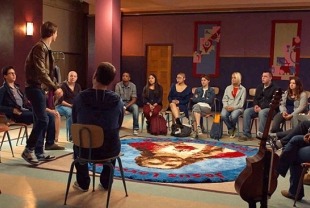 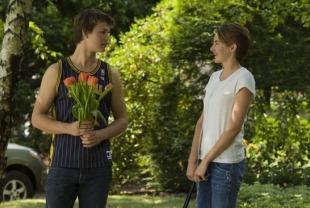 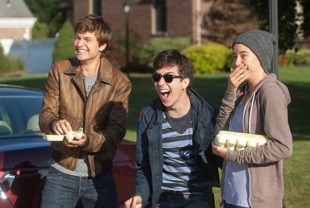 Life As a House