Directed by James Franco
A horror film that challenges us to never exclude anyone from our hearts.

There is a long and complicated history of stories about rebels who choose to live outside the rules, restraints, and moral regulations of the community. Some of these pariahs are creative souls who have something redemptive and precious to deliver to society whereas others are lawless vagabonds who feel justified in their destructiveness and violence. The malevolence of this second kind of outsider stems from a propensity of lying to themselves, blaming others, and not taking responsibility for their circumstances.

Outsiders usually covet freedom, and that is the certainly true of Lester Ballard (Scott Haze), a 27-year-old squatter in a rural Tennessee community. In the opening scene of Child of God, a screen adaptation of Cormac McCarthy's 1973 novel, Lester's family home is being auctioned off and he is mad as hell. His mother left when he was a child, and his father committed suicide by hanging himself in the barn. Lester curses the townsfolk and points his rifle at them. They don't know what to make of this filthy, simple-minded, foul-mouthed outsider who spits on everything they hold close to their hearts as Christian and law-abiding citizens. But they do know one thing, Lester is a wild freak roaming free on the outskirts of their town and this troubles them.

It doesn't take long for this outsider to shape-shift from being a disgusting and deranged man into a monster committing acts of murder and necrophilia. One day Lester comes upon a couple in a car who have died of carbon monoxide poisoning after having sex. He proceeds to copulate with the dead girl; he then takes her body to his cabin in the woods. With the money from the dead boy's wallet, Lester buys some new clothes, but his festivities come to an end when the shack catches fire and burns to the ground. He finds another couple making out in a car and shoots them both. He moves the woman's body to the cave where he is now hiding out. Later, while in custody on suspicion of murdering various missing women, Lester is taken from the country hospital by band of vengeful townsfolk who want to hang him.

Child of God is directed by James Franco and co-written with Vince Jolivette. The film is hard to watch with its violence and its creepy portrait of this despicable psychopath. In a voiceover comment, the sheriff (Tim Blake Nelson) calls Lester "a child of God, much like yourself perhaps." In one moment, our perspective shifts and we understand the radical spiritual nature of this uncomfortable and unsettling drama.

Through this character, we are brought face-to-face with the unsavory, animalistic, selfish, and murderous impulses within ourselves. Although we would like to see Ballard suffer for his sins, we cannot exclude him from our hearts — nor can we exclude any other vile outsiders for that matter. For we are one with Lester and his wildness, his incoherent babblings, his pathetic loneliness, his anti-social stance, and his sexual perversity.

Child of God is a genuine horror film that reminds us that, in the words of Jungian analyst Robert A. Johnson, "to honor and accept one's own shadow is a profound spiritual discipline." Name your demons and let them teach you. Realize you are not alone. And as St. Francis advises, "Love the leper inside." 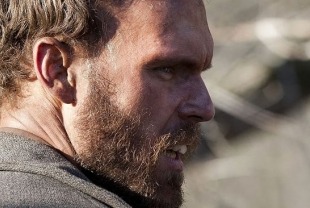 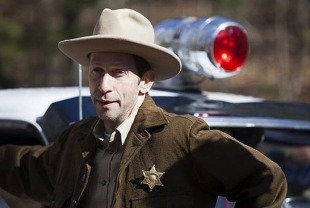 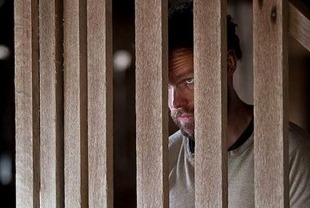