Directed by Charles Martin Smith
A satisfying continuation of the story of the dolphin with a prosthetic tail that shows that animals have emotions and feel things deeply.

Dolphin Tale 2 is inspired by true events which took place at the Clearwater Marine Aquarium in Florida. After a dolphin named Winter was fitted with a prosthetic tail (the story depicted in Dophin Tale), the place has become a tourist attraction. When Winter's companion dolphin, Panama, dies, everyone at the aquarium sinks into grief with her. Two teens on the aquarium staff are most affected: Sawyer (Nathan Gamble), who is Winter's best friend and soulmate, and Hazel (Cozi Zuehlsdorff), whose single parent father Dr. Clay Haskett (Harry Connick Jr.) is the director and head doctor. He has his hands full trying to keep the owners happy with good attendance records.

The mission of the aquarium is "Rescue, Rehab, and Release." One new patient is a sea turtle who has been injured by fishing lines; she has become the love object of an obstreperous pelican. Another patient is Mandy, a female dolphin. Both Sawyer and Hazel want her to stay with Winter, but when Dr. Clay insists she is ready to be released, Hazel asks for more responsibility and is allowed to direct the operation. The team is very happy when Mandy is greeted in the ocean by a pod of dolphins.

Her release, however, leaves the aquarium with a dilemma. Winter has been depressed since Panama died, and now they learn from the representative from the Department of Agriculture, which oversees the operation, that they will transfer Winter unless they can find another female dolphin to be her companion. One arrives just in time, but it's a question whether she will bond with the handicapped Winter.

Writer and director Charles Martin Smith makes the most of the many emotional highpoints in the drama: it is safe to say that if you loved the first film, you will like this one even more. The audience that needs to see it most are those who still scoff at the idea that dolphins and other animals have emotions and feel things deeply. 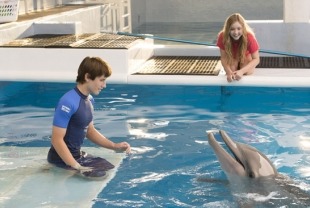 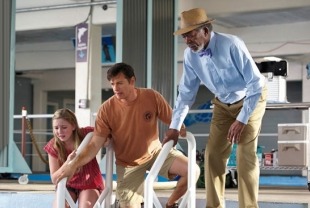 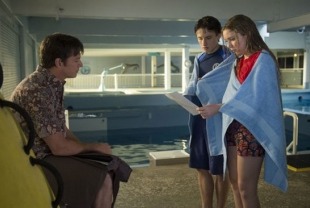 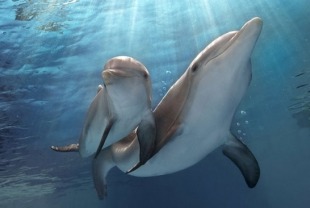