Harley (Arielle Holmes) is a self-destructive 19-year-old heroin addict who lives on the mean streets of New York City. She is madly in love with Ilya (Caleb Landry Jones) whose only allegiance is to the drug that gives him the highs he seeks. When push comes to shove, Harley is willing to slit her wrist to prove to Ilya that she loves him. She lands in the psych ward at Bellevue after her suicide attempt.

After her release, with Ilya nowhere to be found, Harley hooks up with Mike (Buddy Durress), a drug dealer who provides her with the heroin she needs — especially the crucial "wake-up shot" of the morning. Eventually, Ilya returns to the scene and the two addicts express their dislike for each other in a fight.

This slice-of-life drama directed by Josh and Benny Safdie reveals the dehumanizing nature of heroin addiction as these youth ride a downward train to self-destruction. The yearning for the daily fix is all consuming. Perhaps the most noteworthy thing about Heaven Knows What is its depiction of the tricks of the trade which enable Harley, Ilya, and Mike to fund their habit: stealing from stores, picking up cash or credit cards from mail in an abandoned carrier bag, and camping out in the home of a spinster who provides shelter for street kids. 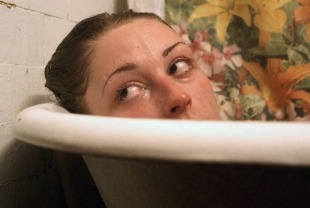 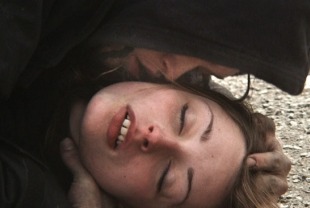