Directed by Olivier Assayas
An alluring film about the mysteries of human nature as conveyed in the interactions of three women.

Maria Enders (Juliette Binoche) is an internationally known movie star who has acted in both European films and Hollywood blockbusters. She wowed critics at the age of 18 in a film that gave her a chance to strut her stuff. Now she has been asked to play an older woman in a London stage version of the story. Maria is having second thoughts about this job because it will force her to deal with aging and her mortality.

Valentine (Kristen Stewart) is her American assistant, an ambitious young woman who thinks Maria should take the role, especially since it will put her in a new light acting alongside Jo-Ann Ellis (Chloe Grace Moretz), a rising teenage star from America. When Wilhelm Melchior, the writer of the original film dies, Maria is called upon to speak at his memorial. Val then arranges a meeting with the director Klaus Diesterweg (Lard Eidinger) of the play who desperately wants Maria in his cast.

Director Olivier Assayas is to be commended for writing a screenplay that deals in a nuanced and sensitive way with three women as they work with each other, assess each other, and struggle with their own demons. It is interesting to watch Maria and Valentine interact across the generations. A hike in the Alps and a stay at an inn do not resolve the problems the American has with her boss. The meetings between Maria and Jo-Ann effectively convey the competition the two actresses feel in the presence of the other.

The mysteries surrounding these three women is metaphorically conveyed in a meteorological event which sends clouds streaming through a valley. We know so little about each other and must become detectives trying to unravel all the hidden details of our true selves. 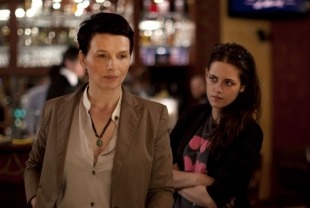 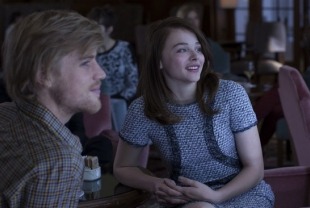 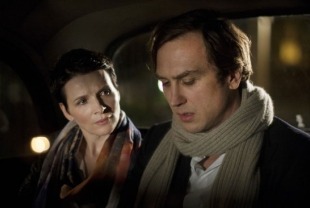