Directed by Richard Glatzer, Wash Westmoreland
A caring and compassionate portrait of a linguistics professor stricken with early onset Alzheimer's.

Alice Howard (Julianne Moore) is a world famous linguistics professor at Columbia University who has worked very hard to achieve her goals. She is happily married to John (Alec Baldwin), a biologist who calls her the smartest, most beautiful woman he's ever met. They have three adult children. Although only 50 years old, Alice starts to notice memory problems — in a lecture she forgets a word and one day when ending her jog through the Columbia campus, she doesn't know where she is. Instead of telling John, Alice sees a neurologist who rules out a brain tumor and after tests diagnoses her early onset Alzheimer's, a rare form of the disease that strikes people under 65. 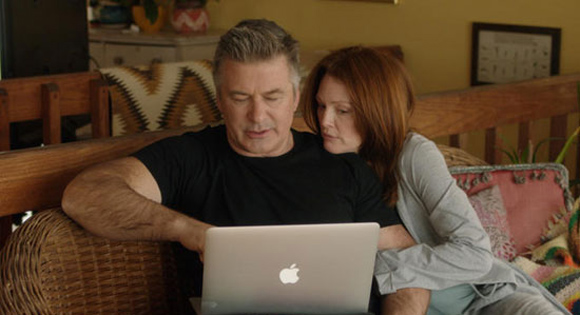 Alice, who has always been a take-charge person, realizes that she is now in a battle with a debilitating disease that will only get worse as time goes on. She tells John that it feels like her brain is dying, and she laments that the work she's loved is now gone for her. Still, she valiantly decides to make the most of the years she has left. The diagnosis hits the children hard since Alice's particular form of the disease has a strong genetic linkage. Alice feels large doses of guilt and shame over passing on this scary legacy to them.

As her Alzheimer's worsens, Alice is forced to retire to a daily life of losses — names she cannot remember, things that are misplaced, and activities she once did alone that now must be done with others looking after her. After spending a relaxing time with John at a beach house, she wants him to take a year sabbatical before she loses all of the self she once was. But he has been offered a prestigious position at the Mayo Clinic and is convinced that it is a once-in-a-lifetime chance for him to fulfill all the years he has put into his biology research.

Still Alice is directed by Richard Glatzer and Wash Westmoreland and is adapted from Lisa Genova's self-published bestselling novel. Genova holds a PhD in neuroscience from Harvard and is an online columnist for the National Alzheimer's Association. These credentials help explain the caring and compassionate portrait of Alice we see on the screen, which is carried home into our hearts by Julianne Moore's mesmerizing performance.

In one of the most powerful scenes, Alice delivers a speech at the Annual Dementia Care Conference. She tells the audience:

"Being diagnosed with Alzheimer's is like being branded with a scarlet A. But I am not what I say or what I do or what I remember. I am fundamentally more than that . . . Please don't look at our scarlet A's and write us off. . . . I am not suffering. I am struggling." 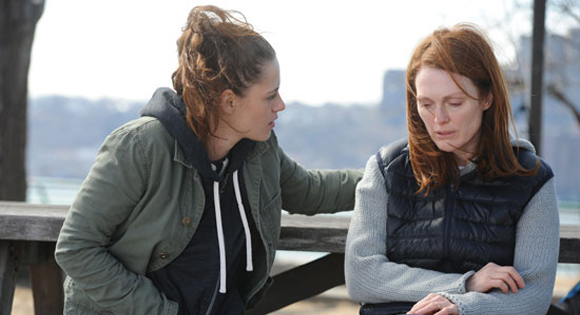 Perhaps Alice's most touching relationship is with her youngest daughter Lydia (Kristen Stewart) who has chosen to immerse herself in an acting career. Alice, who wants only the best for her, pressures her to go to college, but Lydia will not change her plans. And, as Alice's condition worsens, Lydia decides to become her caregiver. In the end, she is the only one who treats Alice as though she were still Alice. That bond is based on love and is a very spiritual act.