Directed by Nuri Bilge Ceylan
A Chekhovian drama about a rich and self-absorbed middle-aged man who needs to do some serious inner work.

Aydin (Haluk Bilginer) is a rich and self-absorbed middle-aged man who reigns over a large property he inherited on the top of a mountain in the central Anatolian region of Cappadocia. He lives with his young wife Nihal (Melisa Sozen) who is bored and desperately seeking something she can do to help the poorer residents of the Turkish community.

Aydin, a former actor, spends part of his time overseeing the few-and-far-between guests at the small hotel he runs. For the rest of his time he works on writing a history book about the Turkish theatre and a column for a local newspaper. Aydin's recently divorced sister Necla (Demet Akbag) is staying with him and has a long and angry argument with him over his pride and cynicism which have, in her eyes, frozen his heart.

That same evaluation of the landowner comes across when young Ilya (Emirhan Doruktutan) throws a rock at a vehicle when Aydin and his driver Hidayet (Ayberk Pekcan) are inside. The passenger window is shattered. Aydin is the landford of the boy's father, Ismail (Nejat Isler), and has earned this alcoholic brute's ire for sending a debt collector after him. The boy is slapped hard in the face for his act of revenge. Ismail's brother Hamdi (Serhat Kilic), a local imam, is the only peacemaker in the family. The incident has little effect on Aydin who is used to the discontent and resentments of his poor tenants and oblivious to their tragedies and humiliations.

In the pivotal scene in this Chekhovian drama, Nihal protests when her husband tries to interfere with her collection of donations for the local school. She unleashes her anger at his arrogance, selfishness, and controlling nature which she interprets as signifying that Aydin has no genuine love or respect for her. This battle has some of the vigor and chilliness of the marital clashes that Ingmar Bergman brought to the screen. Aydin tries to brush off her attack of him as "an unbearable man" and makes plans to retreat by himself to Istanbul for the winter. But a snowstorm forces him to change his plans.

Winter Sleep won the 2014 Cannes Palme d'Or and advanced the cinematic options for Turkish director Nuri Bilge Ceylan. The three-and-one-half hour running time gives him plenty of opportunity to develop the major themes of class warfare, a dead-in-the water marriage, the moral meaning of resisting evil, the failure of well- intended philanthropic causes, and the nature of forgiveness and other spiritual intangibles.

Haluk Bilginer does a fine job carrying the complexities and deep flaws of Aydin, a wealthy man who needs to ditch trying to write a book and do some serious inner work on his disgust with people, his chauvinism, and his selfish nature. 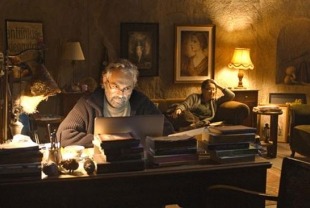 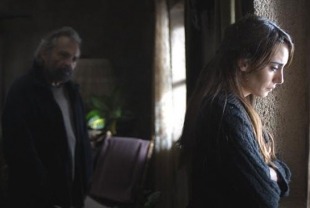 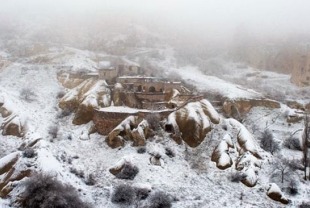 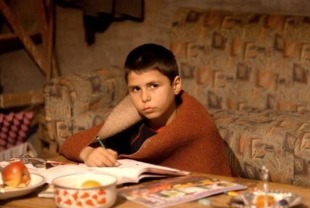