Directed by Reuben Ostlund
A top-notch Swedish psychodrama about a marriage besieged by the fallout from a scary but harmless avalanche.

Tomas (Johannes Kuhnke) and Ebba (Lisa Loven Kongsli) are on a five-day vacation with their young children, Vera (Clara Wettergren) and Harry (Vincent Wettergren). Despite the beauty of the posh Alps resort where they are staying, it's not a happy time. The tension in Tomas' and Ebba's marriage surfaces when she says that the purpose of the trip is to give him some quality time with his children since he is always so busy at work.

The deep rift in their relationship is mirrored by what happens when they are eating lunch together in an outdoor restaurant taking in the magnificent vista of the snow-covered mountains. Suddenly a wave of snow starts heading their way. "It's a controlled avalanche," Tomas says, but fear overtakes everyone as the snow heads toward them. While Ebba holds the children, Tomas picks up his gloves and iPhone and flees from the table by himself. When the snow clears from the air and everyone realizes that the avalanche stopped, Ebba is furious with Tomas. Her anger intensifies when she queries him about his actions and he refuses to clarify why he did what he did or apologize for abandoning the family.

Are his actions understandable and forgivable or do they point to a character defect branding him as incapable of love? Ebba tells the whole story to Mats (Kristofer Hivju), a divorced middle-aged man, and Fanny (Fanni Metelius), his 20-year-old girlfriend, and they are shocked. Back in their room, they spend most of the night wrestling with their own ideas about men, emotions, heroism, and more. The two men go skiing together and Mats tries to have Tomas exorcise his fears in a series of primal screams. Returning to the room, the distraught husband descends into a crying fit which brings the children to his side.

Writer and director Reuben Ostlund has created a soul-shaking psychodrama about the ways in which one surprising incident can create so much emotional stress and conflict. The family equilibrium is shattered as the children descend into worry that their parents will be getting a divorce.

Force Majeure is a Swedish psychodrama that speaks volumes about the considerable risks and challenges faced by couples and families while on vacations. Often these excursions away from the familiar, everyday world of work and home can bring out the perils and misunderstandings that we have not dealt with in any deep and meaningful ways.

This Swedish movie is the kind of film that compels us to put ourselves into the picture and then share with our own loved ones what we would have done in this situation. Other conversation points include your reactions to the talk Ebba has with a married woman and mother who has sex with men whenever wants, your feelings about Tomas's fear and denial, and your take on Ebba's growing feeling of estrangement from her husband and what she sees as his habitual selfishness. 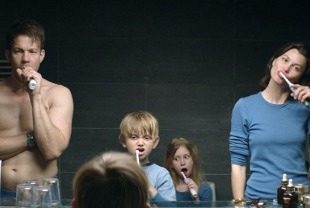 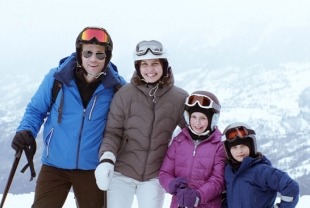 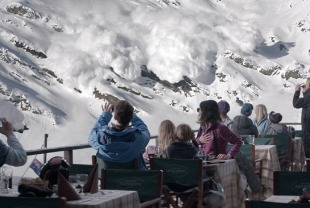 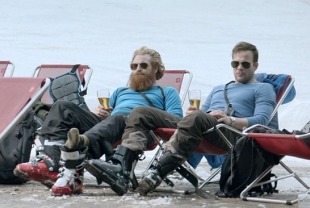