Ten-year-old Ella (Eloise Webb) listens carefully as her young mother (Hayley Atwell) offers some advice just before she dies: "Have courage, be kind, and all will be well." The little girl takes this wisdom to heart in her loving relationship with her merchant father (Ben Chaplin) and the many animals in her life.

In a pivotal scene, Ella is riding her horse through the woods when she comes face-to-face with a magnificent stag. Hearing an approaching hunting party, she urges the animal to run away. She then confronts the handsome stranger (Richard Madden) leading the hunt and urges him not to pursue the stag. He is very impressed with her ardor and innocence, not to mention her beauty.

Back at home, Ella has endured the death of her father and the arrival of his new wife Lady Tremaine (Cate Blanchett) and her two bratty daughters Drisella (Sophie McShera) and Anastasia (Holliday Grainger). They take great pleasure in ridiculing Ella whom they nickname "Cinderella" for her habit of sleeping on the floor near the fire. Her stepmother dismisses all the household staff and makes Ella do all the chores. She also banishes her to a room in the attic. At least there, Ella has some privacy and a family of mice to take care of and lavish with love.

Using all the cinematic tricks and thematic riches he has picked up over the years, director Kenneth Branagh draws out all the magic and transformative powers of the Cinderella story, familiar to families from Disney's 1950 animated classic. Lily James (who plays Lady Rose on Downton Abbey) puts in a buoyant performance as the beautiful and optimistic Cinderella who is released from her prison when her unconventional fairy godmother (Helena Bonham Carter) appears in the nick of time and through magic gives her a golden carriage, driver and footmen, and a glorious blue dress so she can attend a palace ball for all the women in the kingdom.

At the palace, Cinderella discovers that the young man she met in the forest is the prince, who is now deeply in love with her. In another scene, which depicts a finely finished death, the King (Derek Jacobi) gives his son permission to marry the one he loves rather than follow the tradition of wedding a princess who advances the wealth and power of the realm.

A final highpoint in Cinderella is the race against time. Her fairy godmother has warned Cinderella that the magic will end at 12 midnight and her coach, attendants, and the beautiful dress she is wearing will morph back to their original states. Here's a scene where computer-generated technology really works!

Throughout the film at crucial moments Cinderella remembers her mother's advice. She even shares it with the prince. This is a family film par excellence that teaches that courage, kindness, and love will triumph in the end.

Special features on the Blue-Ray/DVD include "Frozen Fever" theatrical short. 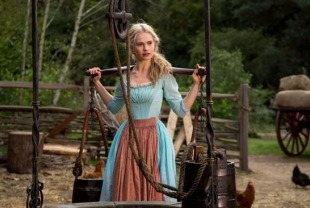 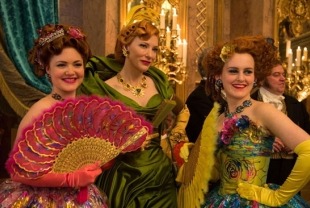 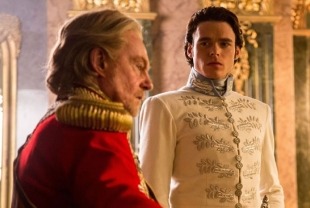 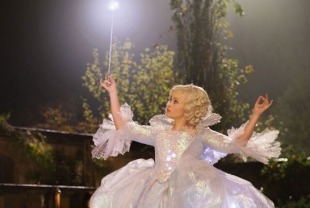 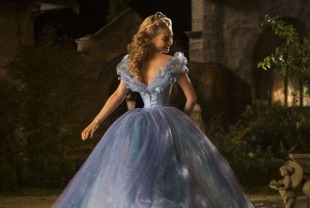 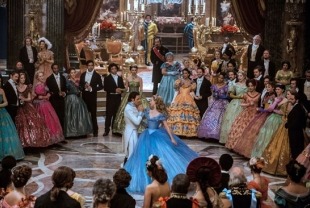