"Whenever we penetrate into the heart of things, we always find a mystery. Life and all that goes with it is unfathomable."
— Albert Einstein

Set in 1953, this entertaining six-part series gives us a rounded portrait of an Anglican vicar who has an immense interest in solving crimes. Originally presented in England by ITV, it aired in the U.S. on PBS's "Masterpiece Mystery." It had been adapted from the well-received novel by James Runcie; he based the character of Sidney on his late father who was Archbishop of Canterbury in the 1980s.

Sidney Chambers (James Norton) is an Anglican clergyman serving a church in the quiet village of Grantchester, England. He is a handsome fellow who loves jazz, consumes an amazing amount of whiskey, and is still troubled by nightmares from his tour of duty in World War II. He's also a sharp-eyed amateur detective who teams up with Inspector Keating (Robson Green) in a series of murder investigations.

The reason the seasoned policeman allows Chambers to tag along with him is that the vicar has a gift for drawing out information from everyone connected to the cases. Of course, back at the parsonage, Mrs. Maguire (Tassa Peake-Jones), his housekeeper rules the roost. The priest is also still madly in love with Amanda (Morven Christie), an upper-class woman who is about to get married.

Chamber is a progressive Christian who is not adverse to situation ethics although he draws the line on euthanasia. He is taken aback by the prejudices of many people in the area; his new assistant curate Leonard (Al Weaver) is immediately labeled "a pansy."

Sherlock Holmes once explained to a policeman: "To a great mind, nothing is little." Chambers is good at noticing details missed by others. Perhaps it's because he knows that the grime of the commonplace hides many a mystery, and the Holy One, as well as the victims and perpetrators of crimes, may turn up in unexpected places.

We began this review with a quotation from Albert Einstein, and we'll end with him as well:

"It is enough if one tries merely to comprehend a little of this mystery every day. Never lose a holy curiosity." 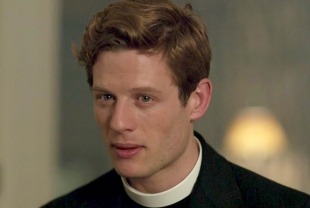 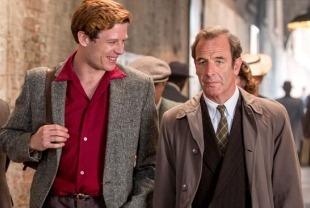 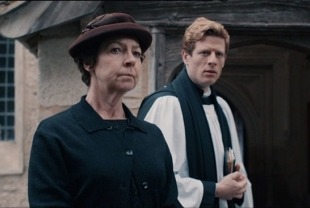 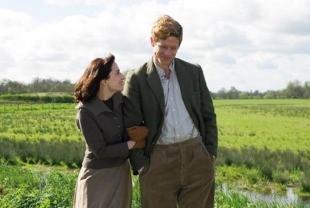