Directed by Josh Whedon
A Marvel blockbuster with more human touches than usual for this kind of fare.

Watching endless displays of buildings crashing to the ground, bodies flying through the air after being violently traumatized, explosions followed by hand-to-hand combat, and bones being broken really sucks the energy right out of us. Yet this seems to be the way movies are headed. The wizards of speed and special effects have marshalled their talents to make action dramas that are lacking in human feeling and characters we can empathize with or care about as they carry out their special quests.

Although Avengers: Age of Ultron is another FX-driven blockbuster with too many crash-and-burn scenes that induce boredom rather than exhilaration, it has more human touches than is usual for this kind of fare. There are actually scenes when the lead characters carry on real conversations and seem to be interested in the dynamics of friendship and collaboration rather than just going out and destroying their enemies and reveling in revenge.

We enjoyed up-close-and-personal encounters with Steve "Captain America" Rogers (Chris Evans) when he takes time off from fighting in his super-shield; with Thor (Chris Hemsworth) who lays down his space hammer to think about the future; with Bruce "the Hulk" Banner (Mark Ruffalo) who toys with romantic feelings; with Clint "Hawkeye" Barton (Jeremy Renner) who yearns for home; with Natasha "Black Widow" Romanoff (Scarlett Johansson), who also shows a gentler side of herself; and Tony "Iron Man" Stark (Robert Downey Jr.), who seems softer than his usual snarky self.

But after a few of these surprising interludes, writer and director Josh Whedon takes us right back into the crash-boom-splat action for a finale that looks like it is coming just around the bend but doesn't. The villains in Avengers: Age of Ultron come and go like so many of their predecessors. At one point, Hawkeye's pregnant wife (Linda Cardellini) tries to show her support for him by saying: "You know I totally support your avenging."

She's not alone. Word has it that before this blockbuster even starts playing in the United States, it has made more than $200 million in foreign box office. Be prepared for many more avenging movies in the future: the global marketplace has spoken, and peace and forgiveness at the cinema complex are not wanted by the public with its voracious need for violence. 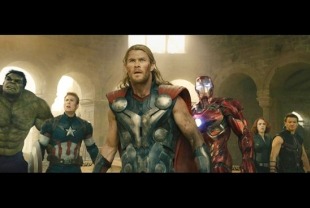 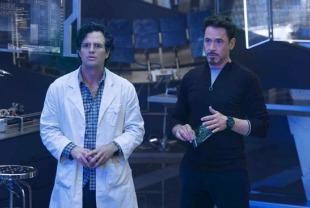 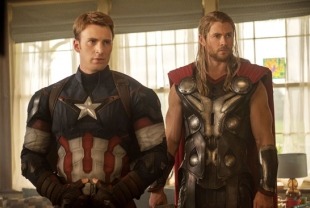 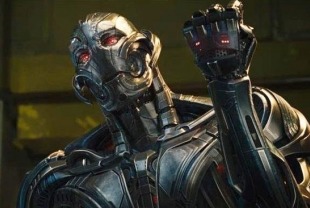 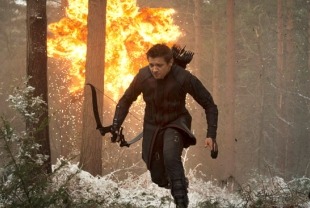 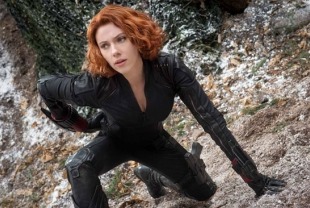 PG-13 - intense sequences of sci-fi action, violence and destruction, and some