I'll See You in My Dreams

Directed by Brett Haley
An emotionally rich drama that conveys the sunshine and shadows of the elder years.

Carol Peterson (Blythe Danner) is a 71-year-old retired widow whose husband died in an airplane crash 20 years ago. She lives in Southern California in a comfy suburban home with a swimming pool. When she is in the mood, Carol plays bridge with three friends (June Squibb, Rhea Pearlman, and Mary Kay Place) who are always trying to convince her to move into the retirement community where they all live. Carol has a grown daughter, Kat (Malin Akerman), who lives far away; they don't see each other that much.

This former schoolteacher enjoys being on her own with Hazel, her faithful golden retriever, as her closest companion. When the old dog has to be put down, Carol retreats further into herself. The empty spot at the foot of her bed is a reminder of Hazel's angelic presence watching over her.

Then in the midst of this sad spot in her life, all kinds of unexpected things draw Carol out into the world. After being frightened by a rat sniffing around in the kitchen, she strikes up a conversation with Lloyd (Martin Starr), her pool maintenance man. On another occasion, she learns that he is living with his mother and has no plans for the future. His favorite recreation is singing at a local karaoke bar, and when he hears that Carol was a singer for a rock band when she was young, they decide to give it a shot. He is off-key, but Carol impresses him and the people at the bar with a heart-felt rendition of "Cry Me a River." Afterwards, they vow to be friends even though they are 30 years apart in age. 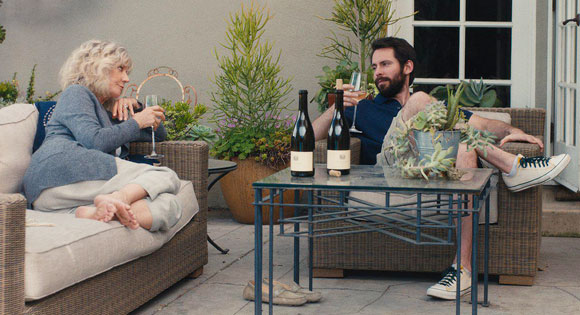 One of her bridge club partners convinces Carol to attend a speed dating event and she is astonished by the neediness, weirdness, and loneliness of the men who audition briefly in front of her before moving on to the next woman. In a very funny sequence, Carol and her besties all get stoned on medical marijuana and then, after purchasing sweets at a store, are stopped by a policeman who wants to know what they are doing. This plays like a scene from The Golden Girls. 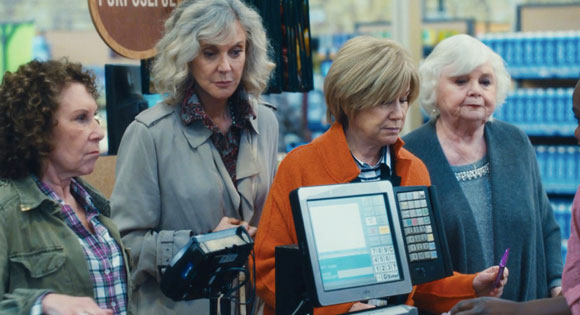 Director Brett Haley has coaxed a tender-hearted and vulnerable performance out of Blythe Danner who is at various points in the drama ambushed by grief, sadness, loneliness, and numbness. Haley and screenplay writer Marc Basch are right on the mark when they bring Bill (Sam Elliott) into her life. Despite her fears of abandonment and her skepticism about ever re-marrying, Carol is enchanted by this handsome, charming, and sensual elder who moves into the retirement community. He is a people person but he also treasures the solitude he shares with Carol when they spend all day aboard his fancy boat.

As we immerse ourselves in Carol's story, I'll See You in My Dreams reveals that the elder years are a blend of sunshine and shadow. One or the other, and often both, challenges you to change your behavior or move in fresh directions. Best of all, this emotionally rich drama reveals the truth of Samuel Johnson's adage: "Our brightest blazes of gladness are commonly kindled by unexpected sparks." The surprises that keep happening to this 71-year-old prove that this stage of life can be a wild and wonderful ride if we just go with the flow and embrace whatever comes our way.