Ryan Brenne (Ben Barnes) is a young vagabond who lives for his music. He travels light, carrying only his beloved guitar and a few clothes. Taking a cue from homeless and unemployed individuals during the Depression, Ryan has hitched a ride on a train bound for Ogden, Utah, a small town hard hit by the recession. 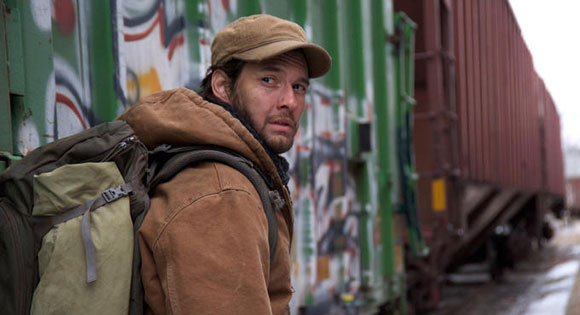 Ryan hopes to hitch up with a close friend with whom he has collaborated in the past. But the man's sad wife (Clea DuVall) reports that he's left home and hasn't checked back in with her. Ryan heads to main street and gathers a small group of onlookers as he plays and sings some of his own folk material. He realizes that he will have to go to Portland without his buddy.

Jackie Laurel (Katherine Heigl) has fallen on hard times. She and her daughter Lia (Emily Alyn Lind) are living at her mother's (Sheryl Lee) while she tries to figure out what to do in the face of finalizing her divorce and squaring off against her ex-husband in a nasty custody battle. As a young woman, Jackie was a successful country singer who traveled in luxury limos. Now she is begging the principal of a school to give her a job as a substitute teacher. A clerk at a store tells Jackie she loved her singing and wants to know whether she really was carted around in limos. 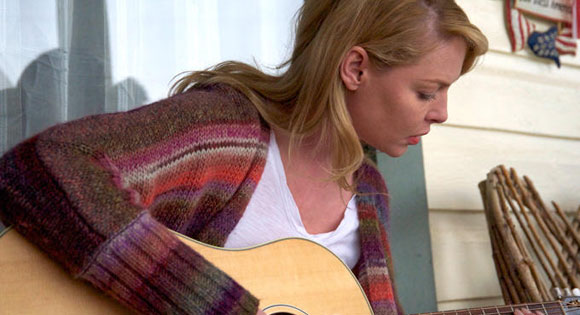 When Jackie falls down in the street after being bumped by a car, Ryan comes to her rescue. She then invites him to stay for dinner. They are both surprised to meet a soul mate who loves music. Ryan has doubts about what will happen in Portland where he is set to play in a recording studio for an interested party. Jackie has already seen both sides of the success and failure syndrome. No wonder these two turn to each other for tenderness and encouragement.

Ami Canaan Mann directs this romantic drama with a sensitive appreciation of the steep and unruly challenges facing Jackie and Ryan. We cherish independent movies like this one where real people struggle with heavy burdens. Ryan fixes Jackie's damaged roof and they let some astonishing sunsets revive them. When it is nearly impossible to take charge of your life, the best thing one can do is to reach out in the darkness for a stranger who might just turn out to be a lover.