Time Out of Mind

Directed by Oren Moverman
A poignant portrait of a homeless man who has fallen from grace and is struggling to survive.

The late Mitch Snyder, an outspoken advocate for the nation's street people and a leader of the Community for Creative Non-Violence, observed that the homeless in America were "invisible people." He once wrote:

"The poorest of the poor — the homeless — are literally on the streets, without resources, without any choices, save those that promise survival. Statistically nonexistent, they simply slide off the graphs and charts that fail to tell the stories of their lives."

In Time Out of Mind, writer and director Oren Moverman takes us to the streets of New York City to witness the disorientation, confusion, suffering, sadness, and loneliness of George Hammond (Richard Gere), who is homeless. We don't learn much about his past but through the screenplay's intense focus on his present experiences, we discover many of his struggles, humiliations, and fears. 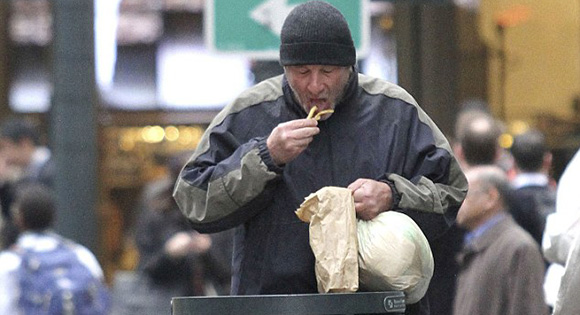 In the opening scene, George is sleeping in a bathtub of an abandoned apartment. It takes the building manager (Steve Buscemi) quite a while to convince him to leave. After pounding the pavement all day, finding a place to eat and to sleep are two of the unrelenting quests of homeless people.

One can understand why George and many others view Bellevue, the largest homeless shelter for men in Manhattan as a last resort. It takes plenty of patience to endure the questions, the noise, and the incredible red tape of getting into the place, acquiring a bed and a meal voucher. 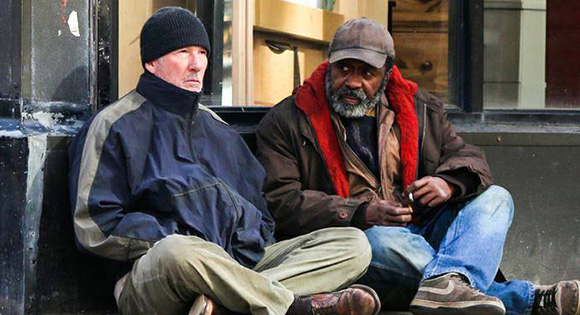 We pick up a few details about George's past life when he chats with a shelter roommate (Ben Vereen). But even more light is shed on his character in scenes where he tries to patch things up with his angry and estranged daughter (Jena Malone) who works as a bartender. He is not very successful in these reconciliation efforts.

Since many of us try to keep as far away from homeless people, it is interesting to watch Bobby Bukowski's cinematography. He shoots George in a variety of ways — through glass windows, fences and other obstacles as well as in close-ups that give us the sense of a personal encounter with him. 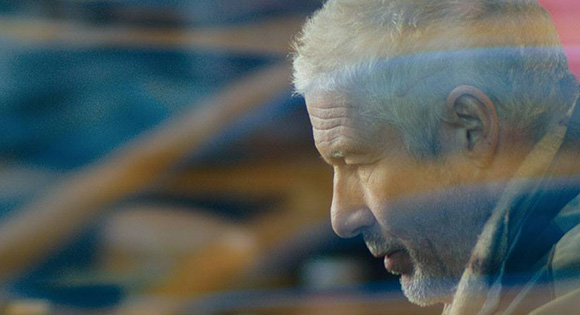 "All homeless people are depressed and anxious," writes Dr. Ellen Bassuk a professor of psychology. "Being homeless erodes people's self-esteem. It makes them invisible, without any real identity. It strips them of the normal things that most of us take for granted and reduces them to the level of existence, a grotesque existence."

Hats off to Richard Gere who puts in a poignant performance as a homeless man who has fallen from grace and is struggling to stay alive on the streets of New York. Gere also served as a producer for Time Out of Mind.

Special features on the DVD include a commentary and featurettes.