Directed by Kent Jones
A documentary tribute to the career of the director Alfred Hitchcock.

In 1962, Francois Truffaut, a 30-year old French film critic turned director, conducted an eight-day interview with the 68-year-old British born Hollywood director Alfred Hitchcock on the Universal lot in the presence of translator Helen Scott and photographer Philippe Halsman. Their conversation was published in a book that has become a classic studied by film students and film lovers alike. In celebration of the 50th anniversary of the book, film historian Kent Jones has created this edifying documentary about the legendary director who started out designing art titles and ended up directing many successful genre pictures in Hollywood. Included are clips from the original interviews and photographs of their discussions. 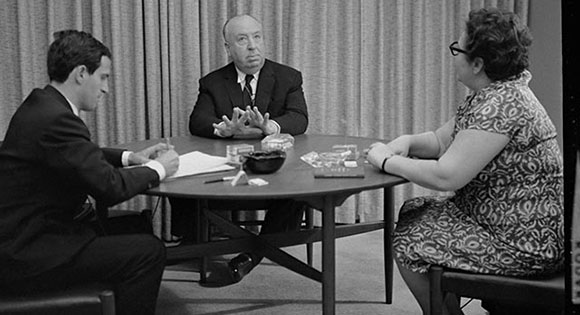 Here is a grand tour of Hitchcock’s career using film clips, home movies, and traditional narration by Bob Balaban. One of the intentions of the filmmaker is to prove that Hollywood movies could be given the same critical attention and analysis as foreign art films. To make this point, Jones calls upon 10 respected contemporary directors to present their assessments of Hitch and his movies. David Fincher especially impresses with his enthusiastic and insightful comments. Other luminaries who offer their insights are Martin Scorsese, Wes Anderson, Richard Linklater, Peter Bogdanovich, James Gray, Paul Schrader, Olivier Assayas, Arnaud Desplechin, and Kiyoshi Kurosawa. 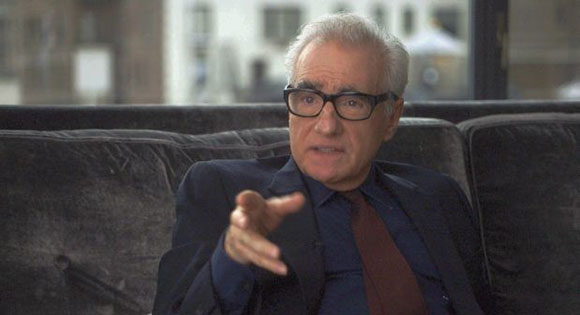 The meatiest discussions revolve around Hitchcock's Vertigo and Psycho. Among the topics covered are the director’s masterful creation of suspense and surprise; his use of composition, light, and space; his psychological realism; his fear of police; and his need to control everything in the movie. Film buffs will savor this top-notch documentary and the general public will be inspired to seek out and watch some of the films analyzed.