Directed by Charlie Kaufman, Duke Johnson
Vivid and creative view of the harm, loneliness, and pain brought into the world by mental illness.

On August 20, 2014, Nicolas Kristof declared in his New York Times column that mental health was one of the most systematically neglected issues in the United States, given the fact that the National Institutes of Health says a quarter of American adults suffer from a diagnosable mental disorder — depression, anxiety, anorexia, post-traumatic stress, and others. All across the country are relatives and loved ones who struggle with difficult psychiatric disorders.

Kristof points out that the great majority of people who are mentally ill are not violent — except to themselves. Every year 38,000 Americans commit suicide, and 90 percent of them are said to suffer from mental illness. Treatments sometimes work as in the case of John Nash, the Princeton University math genius whose life and struggle with delusions was portrayed in the movie A Beautiful Mind. Respect for what he was going through was a major element in that path-breaking drama.

In his debut as a director, Synecdoche, New York, Charlie Kaufman examined the midlife crisis of a theater director whose fear of death compels him into a mammoth project to give his life meaning. Now he tackles the issue of mental illness in Anomalisa, which he co-directed with stop-motion specialist Duke Johnson. 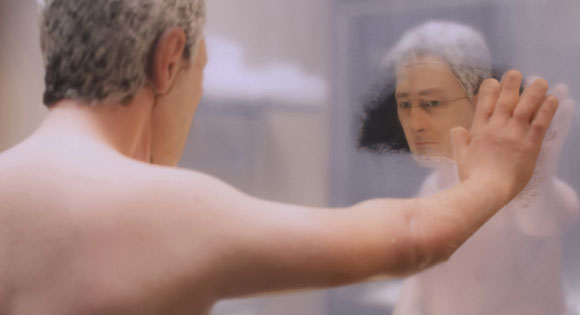 This animated film begins with a blank screen. We hear a cacophony of voices, each competing with the others like a Tower of Babel. Michael Stone (voiced by David Thewlis) is on an airplane headed to Cincinnati where he is to speak at a conference. He lives in Los Angeles with his wife and young son. This Brit is author of How May I Help You Help Them? The theme of the book is ways to capitalize and succeed with customer service.

But in real life, Michael exhibits a deep and abiding impatience and critical attitude toward people who intrude on his private space and draw out either a curt manner or the venom of nastiness. Part of this stems from a paranoid disorder he has called "Fregoli delusion" where he is convinced that everyone he meets is out to harm him in some way. That is why he is chilly and unkind towards a seatmate on his flight, a cab driver, the desk clerk at the hotel, and a bellboy.

Once checked into the Fregoli hotel, Michael tries to rouse himself out of the doldrums by calling home, going over his speech, getting ice for a drink, and calling Bella Amarossi, a woman he ditched 11 years ago. She agrees to meet him but their encounter is tense as she lets loose a tirade of condemnation for his cruelty to her and his culpability for the loneliness she now feels. 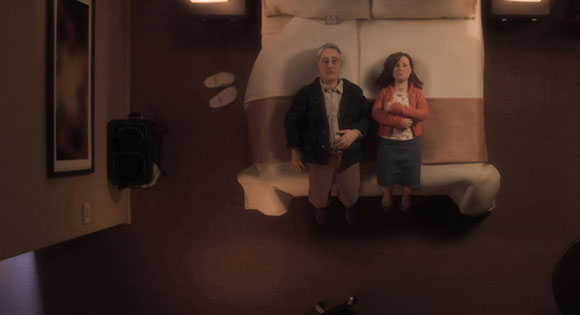 Michael has better luck with Lisa (Jennifer Jason Leigh), a customer service rep at an Ohio baked goods company; she’s a fan of his motivational book and has come to hear him speak. She is very pleased when he chooses her to have sex with him instead of her girlfriend who usually is the one picked up. Lisa has little self-esteem and is painfully shy about her physical flaws. Yet for Michael, she is the epitome of what he wants and needs at this sad juncture in his life.

Anomalisa is a very odd and quirky animated film that will only appeal to the most adventuresome movie-goer. All the characters in the story besides Stone and Lisa are voiced by Tom Noonan, men and women, old and young, bored or angry. From Stone's perspective, everyone except Lisa is the same — out to get a piece of him as illustrated by his wild dream. 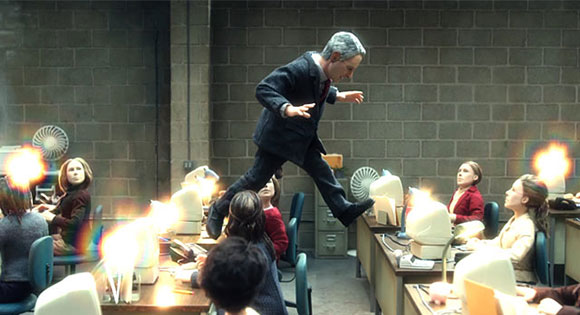 It is hard to empathize with the protagonist whose egocentric behavior lessens our curiosity about him. Besides his selfish nature, Stone is a user who once he has bedded Lisa and elicited her positive feelings toward him returns to his old bad behavior of being hypercritical and lording it over.

Even with these drawbacks, Charlie Kaufman’s film deserves our praise for advancing our insights into the scourge of mental illness that exists all around us.