Directed by Liz Garbus
A feisty and frequently moving documentary on the life and musical career of singer/songwriter Nina Simone.

As a little girl, Nina Simone showed promise as a classical pianist. She took lessons from a white woman and dreamed of becoming the first black female pianist to perform at Carnegie Hall. But her working-class status and the color of her skin brought an immediate end to that goal.

A resilient survivor, Simone started playing folk and jazz material in seedy Atlantic City bars. The evolution of her music resulted in her appearance at the Newport Jazz Festival. She drew more attention with her successful cover of the Gershwins' "I Loves You Porgy." 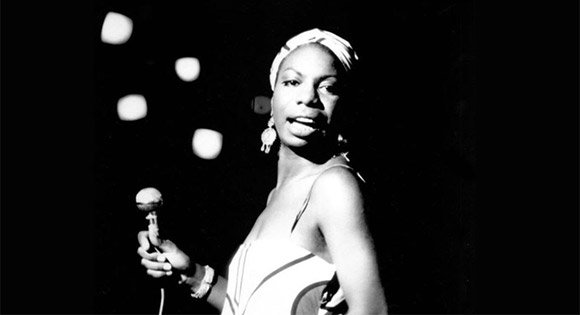 Simone's second husband was Andrew Stroud, a former New York cop who set out to manage her career. This arrangement enabled her to give her full attention to her jazz music. But when she did not follow his orders, he beat her up. This continued for many years until she left him. Simone also suffered from bipolar disorder which was not diagnosed until the 1980s.

In this documentary, the singer/songwriter's daughter Lisa Simone Kelly reveals how her mother's lack of self-esteem and self-doubt hindered her career. More insights into her private life are provided by Al Shackman, her longtime guitarist and musical director. Director Liz Garbus does a fine job blending a mix of archival material, interviews, and performances by Simone in a variety of settings, including her triumph as a pop artist at Carnegie Hall. 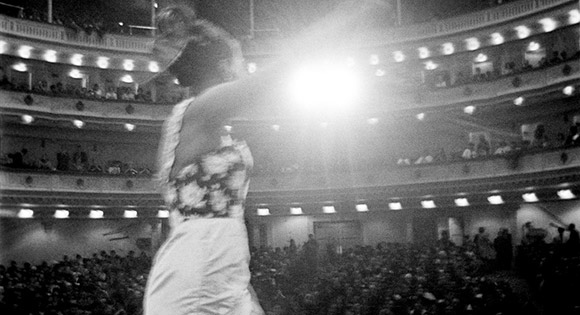 During the Civil Rights era, this black woman was passionately committed to the quest for racial justice and change. She wrote protest songs ("Mississippi Goddam" and "To Be Young, Gifted, and Black") and worked with Martin Luther King, Jr., Malcolm X, and Stokely Carmichael. Her radical espousal of black power alienated many of her fans and had a dire effect on her ability to land lucrative concerts gigs and albums.

What Happened, Miss Simone was nominated in the "Best Documentary Feature" category in the 2016 Academy Awards.