The Lady in the Van

Directed by Nicholas Hytner
A vibrant dramedy about the idiosyncratic relationship between a homeless elderly woman and a lonely playwright.

Here is British director Nicholas Hytner's (The Madness of King George) big screen version of his 2000 staging of Alan Bennett's play. An introductory title card playfully advises us that the drama about to unfold before our eyes is "a mostly true story." Maggie Smith, the inimitable actress who has wowed the world with her work on TV's Downton Abbey plays the lead role of an eccentric, feisty, lonely, and mysterious vagrant who sets tongues wagging when she parks her shabby van in an upscale London neighborhood. Of course, the seasoned actress steals the show with her emotionally rich performance which is alternately troubling, funny, and sad. 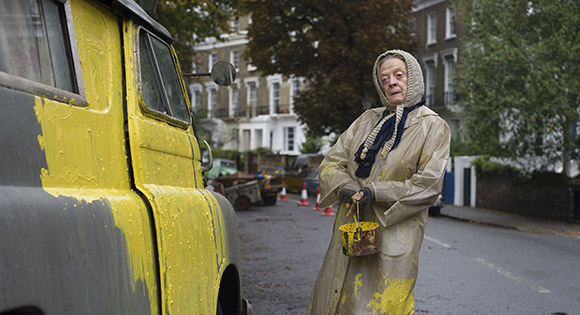 Miss Shepherd (Maggie Smith) is an elderly and homeless person who lives in a grungy van. When she emerges, those who encounter her are taken aback by her smell. The playwright Alan Bennett (Alex Jennings) is the only person who lives in Camden Town who forms a relationship with this ranting woman who antagonizes residents with her scorn for everything they hold dear. One family discovers that Shepherd is so irritated by music that she is willing to move her van just to escape from it. Through flashbacks, we learn the roots of this extreme behavior by the nomad who once was a nun. 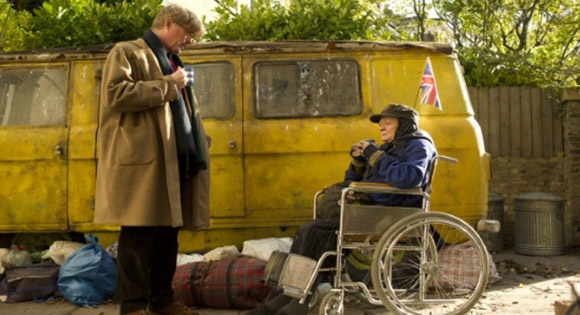 Bennett is a closeted homosexual with few friends. In the film, he has two personas: the one who writes and the one who lives life. He is close to his mother (Gwen Taylor) who is descending into senility and physical debilitation. After allowing Shepherd to regularly use his bathroom, the playwright agrees to have her park her van in his driveway for a few months. She winds up living there for 15 years until she dies.

The Lady in the Van is a touching and funny dramedy that presents insights into kindness, compassion, old age, loneliness, creativity, and community. Perhaps the most universal theme is the film's vivid depiction of the challenges of dealing with difficult people. In order to convey the playwright's conflicting feelings as he is tries to learn more about Shepherd's past and the turning points in her life, the two Alans debate how best to handle her needs. 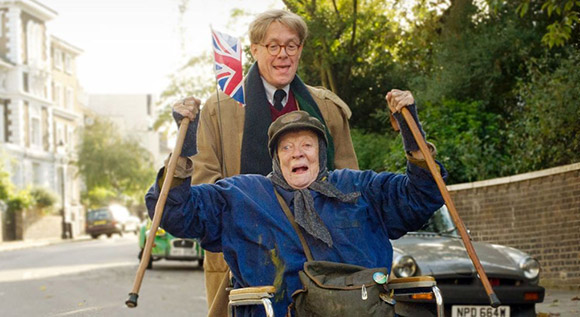 The finale of The Lady in the Van clarifies why this well-educated and gifted pianist has descended into an abyss of guilt and misanthropy. Best of all, Shepherd, who as a Catholic claims she speaks to God and is watched over by saints, experiences her own special escape from the tragedies and traumas of her life.

PG-13 for a brief unsettling image