Directed by Shalini Kantayya
An informative look at the energy crisis and the growing solar power movement.

"Healing the wounds of the earth and its people does not require saintliness or a political party, only gumption and persistence. It is not a liberal or conservative activity; it is a sacred act."

Oil company executives have made fortunes for themselves and left workers high and dry. Their wealth and concentrated power have been unchallenged up until now. But the clean energy movement is making some headway against the fossil fuel giants.

Catching the Sun is a poignant and visionary documentary about the new economy and jobs in solar energy. It is directed by Shalini Kantayya and was five years in the making. She explains: "I was fascinated by the idea that solar power could democratize and decentralize energy in a way that rebuilds the ladder of economic opportunity for workers and entrepreneurs." 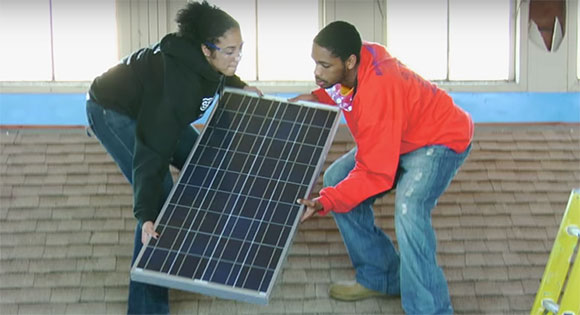 The film begins with the story of a Chevron refinery blowup in Richmond, California, that resulted in more than 15,000 people being hospitalized. In order to cover the costs of the disaster, Chevron jacked up gas prices.

The use of solar power began in 1954 with the solar-powering of satellites. Then the 1960s hippies chimed in with their dreams of a solar powered homes. President Jimmy Carter saw the future and put solar panels on the White House but President Ronald Reagan took them down to demonstrate his support of the status quo.

One of the major movers and shakers of the solar power movement is Van Jones, a Bay area activist who went to Washington as President Obama's energy czar. He voices support for the workers and entrepreneurs who have been in the forefront of those seeking a global energy transition.

Catching the Sun also features Georgia's Debbie Dooley, a Green Party activist who has taken on her state's utility party, and Wally Jiang, a Chinese CEO. The latter is leading the economic race with the United States toward a clean energy future. China is investing much more money than any other countries in this trillion dollar opportunity. 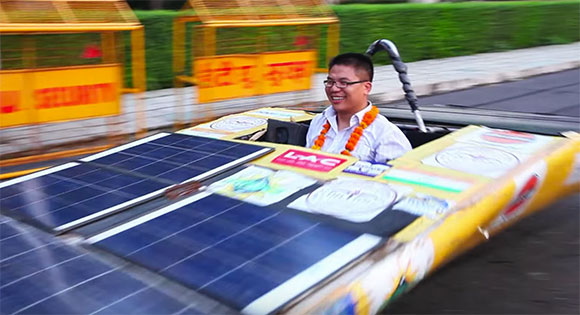 The question posed by Catching the Sun is "Will the U.S. be able to build a clean energy economy?" Danny Kennedy, CEO of Sungevity, has observed: "Energy policy is social policy. . . . Solar energy puts power back into the hands of the people — both literally and figuratively."