The Measure of a Man

Directed by Stephane Brize
A mesmerizing portrait of what it's like to live in the prison of unemployment.

Thierry Taugourdeau (Vincent Lindon) is a laid-off factory worker who has been without a job for a year. He is slowly losing patience with the counsel of professionals who seem to be as unclear as he is about how to get out of the prison of unemployment.

Like many of the other 700 workers laid off from the factory, Thierry has attended training sessions at a local job center. Some of the others want to try to bring down the managers who took away their livelihoods, but he would rather just move on. 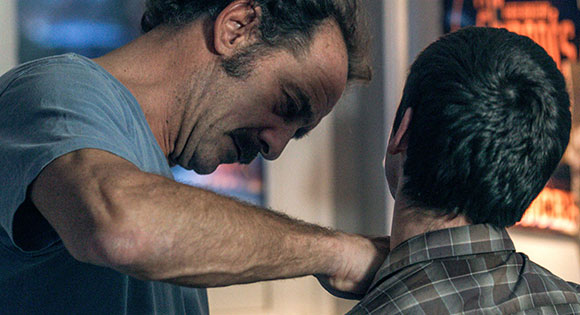 But the job hunt is humiliating. During a job interview via Skype, he is cruelly jerked around, made to say he will take a lesser salary than he has had, and then is told he has little chance of getting the position. Later in a counseling session, his taped job interview is harshly criticized for his body language, speech patterns, personality, and emotional involvement.

At home, Thierry does the best he can for his developmentally disabled teenage son (Matthieu Schaller) who wants to attend a special needs college which will be very costly. He and his wife (Karine de Mirbeck) find a momentary surcease from their financial worries with dancing lessons. But that interlude is very brief: they soon are forced to haggle with a couple over the sale price of their much loved mobile home.

Writer and director Stephane Brize (Mademoiselle Chambon) has done a remarkable job conveying the devastating fear, depression, anger, and constant humiliation that are part and parcel of unemployment. Then she goes further. 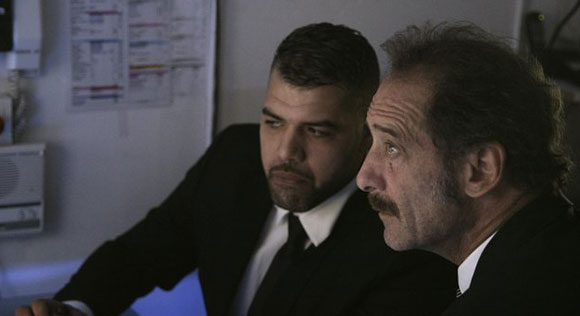 Midway through The Measure of a Man, the film shifts gears and shows what happens to Thierry after he lands a job as a security guard at a large store with a complex close-circuit video system. Suddenly he finds himself enforcing the store's rules as shoplifters are shabbily treated and dissed in ways that bring to mind his own experiences when he was strapped for cash. Even worse, he is party to a crackdown on his fellow employees who are reprimanded and fired for such things as not destroying coupons and putting loyalty points due to customers on their personal cards. In the end, he must choose whether or not he can pledge his allegiance to side of management in what increasingly looks to him like a class war.

This is an important film about the day-to-day impact of unbridled capitalism and its role in the global reign of economic inequality.