Directed by Steven Spielberg
Delightful story of a gentle giant who brings wonder into the lonely existence of a 10-year-old orphan.

The popular children's book author Roald Dahl and director Steven Spielberg share a tender spot in their hearts for smart, lonely children whose wonder and creativity is revitalized by their friendships with alien creatures. That certainly is the case with BFG, a 1982 novel by Dahl which has been adapted for the screen by the late Melissa Mathison, who wrote E.T. The Extra-Terrestrial. This movie contains characters and developments that are dark and menacing but overall comes across as a celebration of the spiritual practice of wonder. We were reminded of the advise of the Sufi poet Rumi:

"Observe the wonders as they occur around you.
Don't claim them.
Feel the artistry moving through, and be silent." 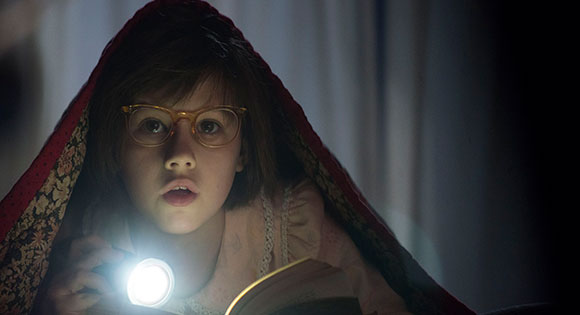 Sophie (Ruby Barnhill) is a smart and plucky 10-year-old girl who lives in an orphanage. She has insomnia and late one night goes to the window and spots a large creature with big ears protruding from his head. Before she knows what is happening, this giant (Mark Rylance) has snatched her up and carried her off to his home in Giant Country. There he tells her that he is called the Big Friendly Giant (BFG), a name she finds suits him well. His work is to capture dreams which he then delivers to people living in England. Even more remarkable, he can "hear all the secret whisperings of the world." 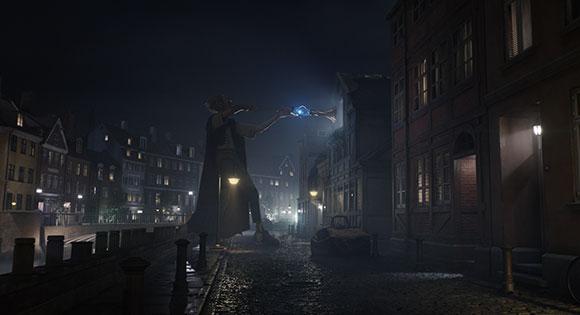 Sophie is saddened when she sees how BFG is bullied by nine larger and more fierce giants, who view him as a runt and an outsider. He is a vegetarian who devours "snozzcumber" instead of eating children or stealing food from humans. He must protect the little girl from the other giants during some scary chases through his cave home.

In this fantasy film, Sophie comes up with a plan to liberate her new friend from being harassed by the mean giants. Equipped with a special dream they have concocted, they go to see the Queen of England (Penelope Wilton) and even have tea in the palace. In this and other scenes, Oscar-winning actor Mark Rylance does a marvelous job bringing BFG to life on the screen with his zany and "squigley" vocabulary and odd behaviors. 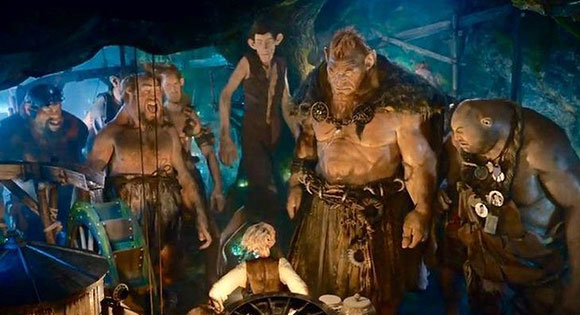 For parents who rely upon the moral messages delivered by movies of this type, Spielberg, Dahl, and company deliver a rounded and revealing treatment of not judging a book by its cover. The gentle giant, who comes across as a yukky character at first, turns out to be a kind and sensitive hero who is just the sort of friend Sophie needs.