Directed by Justin Lin
Another successful and engaging episode in this long-running sci-fi saga.

This USS Enterprise crew is three years into a five-year mission in unchartered space. The mixture of new challenges along with the boredom of doing the same old routines again and again weighs heavily on Captain Kirk (Chris Pine) and Commander Spock (Zachary Quinto). Both are experiencing doubts about carrying on with their jobs.

Kirk is baffled by the meaning of an artifact that has been brought aboard the spacecraft. Krall (Idris Elba), a lizard-like creature who knows that this object can bring him great power, is desperately seeking to obtain it. This crafty villain orchestrates a devastating attack that leaves the Enterprise crew struggling for life after their ship crashes on Altamid, a hostile and rocky planet. 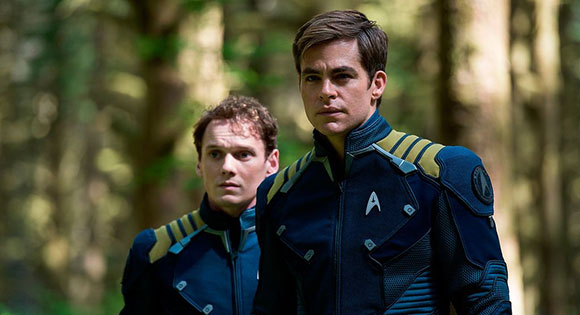 The leadership of the Enterprise all survive but they are separated from each other. Captain Kirk and Pavel Chekov (Anton Yelchin), a Russian shipmate, are determined to rescue the crew when they discover most of them have been captured by Krall. Elsewhere Bones (Karl Urban) uses his medical skills on Spock, who has been wounded in the crash. Engineer Montgomery Scott (Simon Pegg who co-wrote the screenplay with Doug Jung) teams up with Jayla (Sofia Boutella), a fierce alien warrior, as they try to make contact with Kirk and Spock. 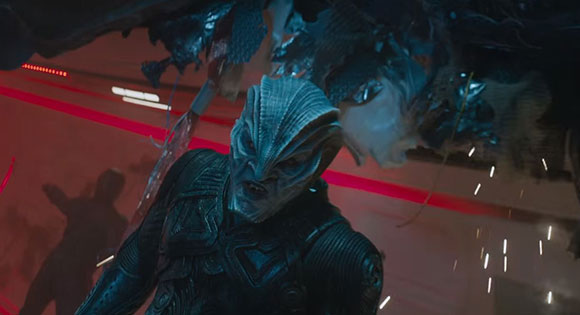 Director Justin Lin spends a little too much time on special effects for our taste. We are grateful for the insights this sci-fi thriller gives us into the ideals, values, hopes, and dreams of the lead characters as they seek to decide what to do. Captain Kirk demonstrates his singular leadership capacities as he puts the safety of others above that of his own. Spock is mourning the death of Ambassador Spock while struggling with the emotions he feels for Uhura (Zoe Saldana). And Scotty is taken aback by Hatylah's pluck, toughness, and wit. 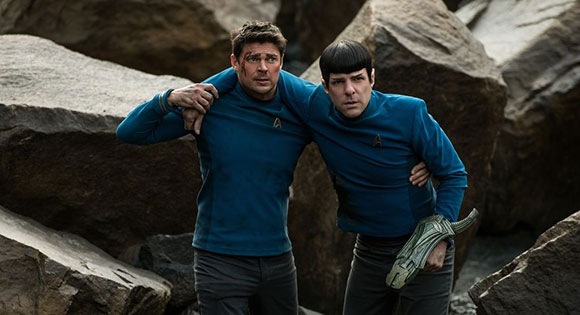 Mark Star Trek Beyond as another successful and engaging episode in this long-running sci-fi saga.