The Fundamentals of Caring

Directed by Rob Burnett
A dramedy about a sensitive caregiver and the teenage boy he looks after.

At a training program, the teacher tells aspiring caregivers that the acronym ALOHA — Ask, Listen, Observe, Help, Ask Again — contains all that they need to know and practice as professionals. Ben (Paul Rudd), a retired writer, has just finished this certificate program and and is ready to serve his first client. He is interviewed by Elsa (Jennifer Ehle), the single parent mother of Trevor (Craig Roberts), an angry teenager who has Duchenne Muscular Dystrophy, a painful and deadly disease which has confined him to a wheelchair. He has settled into a tedious life at home watching television and eating waffles for all his meals. 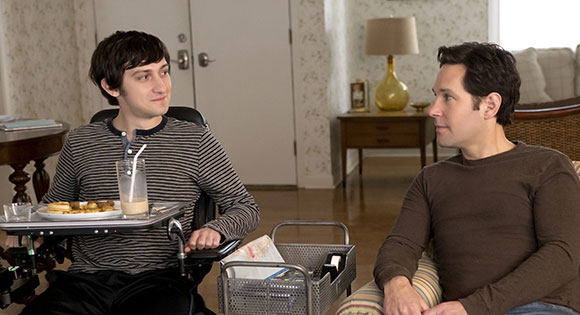 Ben's sense of humor and frank honesty convince Trevor to take him on as his caregiver. He is a disciplined man whose wife is serving him with divorce papers. He refuses to sign them saying that he is not ready. Behind his hesitancy lies a dark secret that upended his life and sent him scrambling into this new line of work.

After mastering all the little details of keeping Trevor alive, Ben comes up with a wild idea which he hopes will give his charge a new lease on life and an introduction to the outside world. The two of them convince Elsa to let them take a car trip to visit roadside tourist attractions, ending up at the world's biggest pit in Utah. The journey will also involve a visit to Salt Lake City to see Trevor's father (Frederick Weller) who left the family when the boy was diagnosed at age three. Although he has received letters from his father, Trevor has never opened them; now he is curious as to how his father will react upon seeing him. 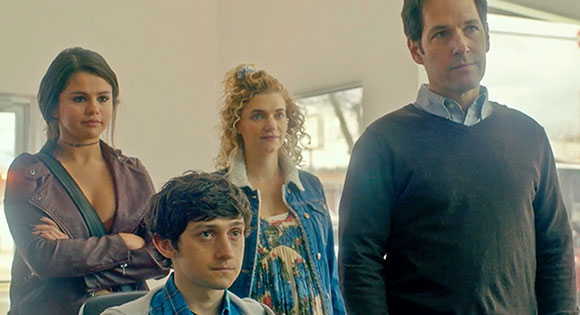 The Fundamentals of Caring is directed by Rob Burnett based on a novel by Jonathan Evison. He mines the many comic moments between Trevor and Ben who are both practical jokers. On the road, they pick up Dot (Selena Gomez), a hitchhiking runaway teenager who becomes Trevor's object of desire. Then, just to complicate matters, Ben becomes convinced that his ex-wife's process server is following them. Also joining the group is Peaches (Megan Ferguson), a pregnant woman on the way to visit her mother.

Paul Rudd is the reason to see and experience this well-done dramedy. He strikes just the right balance as a man in need of healing himself who can still muster the patience, empathy, and understanding needed by the three younger people – Trevor, Dot, and Peaches. This story packs a spiritual wallop as it demonstrates how service combined with friendship can lead to renewed life for all involved.