There Is a New World Somehwere

Directed by Li Lu
Two lonely souls trying to learn the steps of the trust tango as they travel through the South together.

Sylvia (Agnes Bruckner) is the kind of person who has trouble getting out of bed in the morning. She lives alone in New York City and works for a small art gallery where she helps serve drinks at openings. Her future as a painter is on the line: she has given a sampler of her work to her boss who with no tact or humanity criticizes both her and what he sees as her sense of entitlement. Told to look for another job, Sylvia takes a plane to Austin for the wedding of a friend and a chance to see some college friends.

At a party and feeling quite guilty for lying about having her paintings displayed at the gallery, Sylvia stands alone near the bar and makes eye contact with Esteban (Maurice Compte). They are attracted to each other. The next day, they go out on a date during which he proposes that they take a trip together in his car through the South. Stuck in her life with very little going for her, Sylvia decides to take a leap in the dark with this stranger, even though this means skipping the wedding and alienating her best friend. 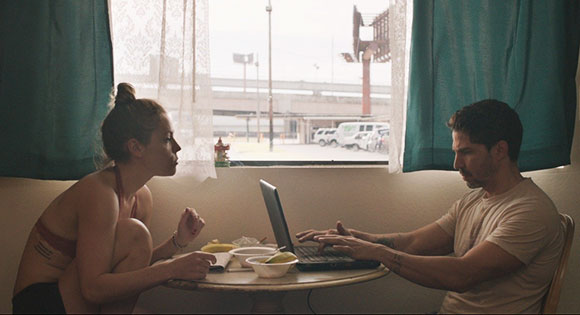 Hoping for the best, Sylvia and Esteban set out to have some fun on their trip, but they have a hard time expressing their feelings and life stories. Sex becomes their best avenue for communicating with each other. It takes these two travelers a long time to speak from the heart about the ways in which they see the world. Esteban tells her about being in a band and his disenchantment with the debilitating scramble for success and fame. Now he writes video blogs and tries to live a simpler and less complicated life. Sylvia reveals bits of her past and comes across to Esteban as a dreamer. Each time he is critical of her, she closes down and hides in a mood.

Li Lu is the director of this romantic drama that mostly takes place on the roads leading to New Orleans and Nashville. Both of these vagabond souls have been wounded in past love affairs and they are adept at protecting themselves. Their road trip becomes a spiritual teacher for them – opening them up to their idiosyncratic flaws and foibles. The heavy duty revelations at the end of There Is a New World Somewhere make up for the slow start and the mumbled dialogue of the early going. 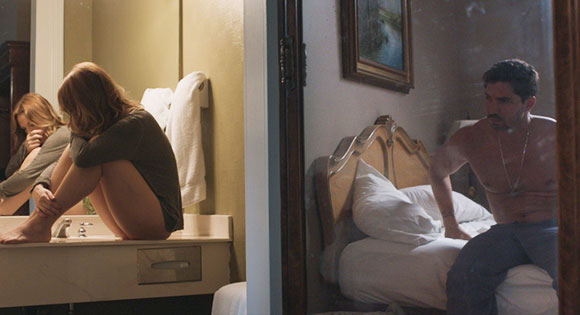 What can we take away from this road movie? Trust is the lubrication that keeps intimate relationships alive and well. Or as Charles H. Green has put it:

"It takes two to do the trust tango -- the one who risks (the trustor) and the one who is trustworthy (the trustee); each must play their role."