Directed by James Schamus
A triumph of elegant writing, exquisite acting, and a vibrant spiritual treatment of righteous indignation.

It is 1951, a time when the American war against Communism meant drafting its young men and sending them to fight in Korea. It was a time when Christianity was widely proclaimed as the one path of truth and many colleges forced students to attend chapel regularly. Diversity was frowned upon with blacks and Jews persecuted as outsiders. It was a time when independence and solitude were seen as enemies of the suburban way of conformity.

Marcus Messner (Logan Lerman) is a very smart and accomplished young man who helps his father Max (Danny Burstein) out in his Newark, New Jersey, kosher butcher shop. He gets a scholarship to attend Winesburg College in Ohio. He studies hard, works part-time in the library, and turns down the Jewish fraternity that wants him as a member. When he can't study because one of his roommates is always playing music, he asks for a new single room. 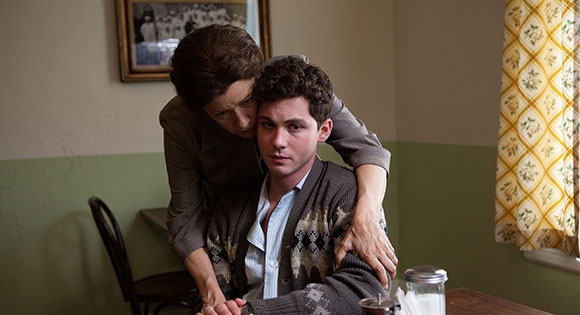 Although basically a loner, Marcus is attracted to Olivia Hutton (Sarah Gadon). Very taken with her beauty and interested in learning more about her, he finally musters the courage to ask her out. But on their date, without him even asking her to do so, she fellates him in the car, leaving him baffled. Meanwhile at home, his protective father continues to be frightened about everything, including Marcus's death. His wife Esther (Linda Edmond) has grown increasingly irritated by her husband's negativity which has colored every aspect of their lives together. 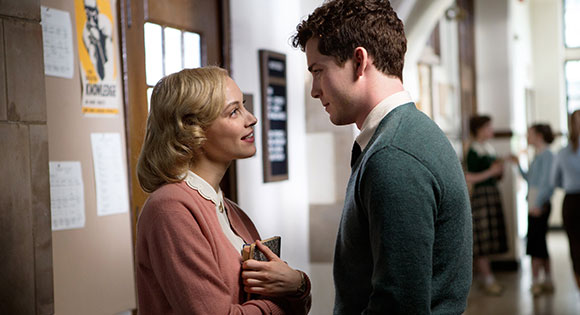 Indignation is directed by James Schamus based on the 2008 novel by Philip Roth, and it is a triumph of elegant writing, exquisite acting, and a spiritual treatment of righteous indignation. In an explosive encounter with the authoritarian, controlling, aggressive, and hostile Dean Caudwell (Tracy Letts), the usually quiet and well-mannered Marcus is enraged by this inquisition against his atheism and his espousal of the strident views and actions of the philosopher Bertrand Russell. The dean is also very critical of the boy's isolation from other students. Marcus feels that these criticisms are invalid, given the fact that he has done nothing wrong nor has he harmed anyone by his actions. 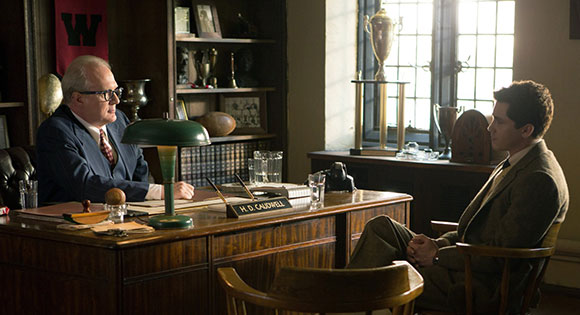 The crucial line in the screenplay is by Marcus's father who in trying to explain his descent into anxiety says, "It's about life, where the tiniest misstep can have tragic consequences." We live and learn from the mistakes and errors we make in everyday life. Sometimes these lead to personal breakthroughs in the spiritual realm; other times they can lead to great suffering and unjust consequences. The final unexpected scenes in Indignation capture and convey the tragic consequences of the choices we make in the name of love, rebellion, and nonconformity.