The Light Between Oceans

Directed by Derek Cianfrance
An emotionally rich romantic thriller about marriage, parenting, and the spiritual choices that sometimes come with both.

It is 1918. Tom Sherbourne (Michael Fassbender) is an Australian veteran of World War I who wants to find work that will provide him with a sanctuary of peace and silence. His desire is fulfilled when he is hired to serve as a lighthouse keeper on the remote island of Janus. The solitude and the crashing waves drove his predecessor crazy.

Tom is a meticulous and soft-spoken young man who is swept off his feet by Isabel (Alicia Vikander), a vibrant and enthusiastic young woman who lives in the nearest community. They exchange letters after their first meeting and wed after spending only a short period of time sharing the stories of their lives. She returns to the island with him, and they make the most of the island's isolation and their blooming love for one another. But after two miscarriages, Isabel descends into depression and fears that it is not in the cards for them to have a child. 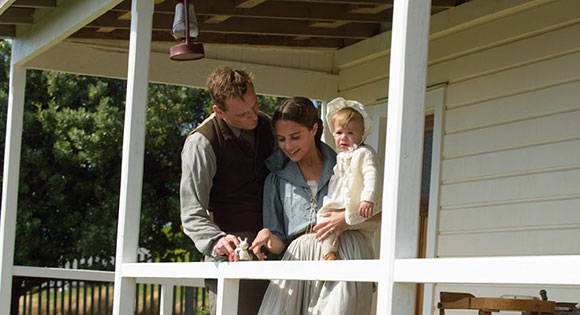 Then, one day Tom spots a small boat drifting toward shore. In it they find the body of a dead man and a crying infant. Although he is inclined to hand the child over to the authorities, Isabel convinces him that the little girl is a gift from God that they can save and raise together. They savor the experiences of parenting Lucy.

During a visit to Isabel's family, Tom learns that a woman in town, Hannah (Rachel Weisz) has tragically lost her husband and baby at sea. He is overcome by guilt and sends her an anonymous note revealing that her husband is at peace and her daughter is alive. This sets up a series of events in which Tom and Isabel's marriage and happiness are tested. 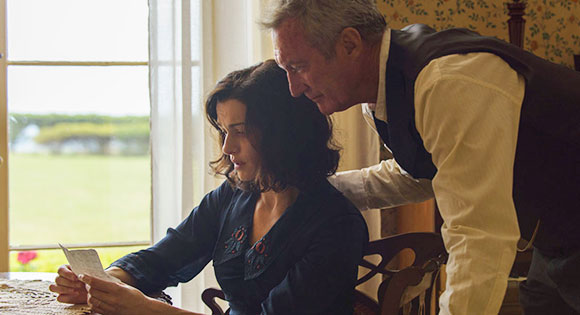 Derek Cianfrance directs this romantic thriller which has been adapted from a 2012 novel by M. L. Stedman. The film's three very accomplished stars deftly handle the complicated and emotionally rich plot developments. Tom, Isabel and Hannah probe the intense firepower of forgiveness, guilt, honesty, and secrets. The beautiful seacoast imagery was shot by Adam Arkapaw and the lovely music by Alexandre Desplat is in perfect sync with the film's many melancholy moments.