The Lovers and the Despot

Directed by Ross Adam, Robert Cannan
An unusual documentary about how the dictator of North Korea tries to make his country a major film producer.

Many words have been spilled on Kim Jong-il, the strange and powerful dictator of North Korea who ruled over 20 million people. This non-traditional British documentary focuses on the movie-loving leader's bizarre scheme to fulfill his dream of having North Korea become a major player in world cinema, leaving rival South Korea in the dust.

Shin Sang-ok, a director, and Choi Eun-hee, an actress, were the superstars of South Korea and as a married couple worked together. He produced more than 300 films during the 1960s. But after he committed adultery, the couple divorced and the studio he created closed. 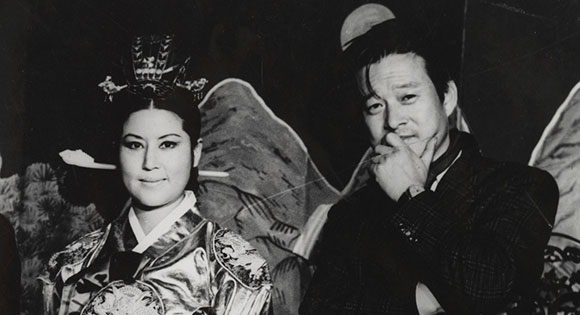 In 1978 Choi was kidnapped and taken to North Korea where Kim thanked her for coming. In these scenes, the dictator comes across as a very socially awkward man who is not in touch with his emotions. But he does have what it takes to control others; when he weeps at a political gathering, his loyal yes men weep with him.

It is not clear whether Shin was kidnapped or whether he voluntarily defected to North Korea. Whatever the case, upon arrival there, he was imprisoned and brainwashed over a four-year period. Kim had him released and he reunited with his wife. During the next two years, Shin cranked out 17 films in North Korea, with Choi starring in many of them. But eventually, the couple decided to escape to the West for a life of greater freedom and creativity. 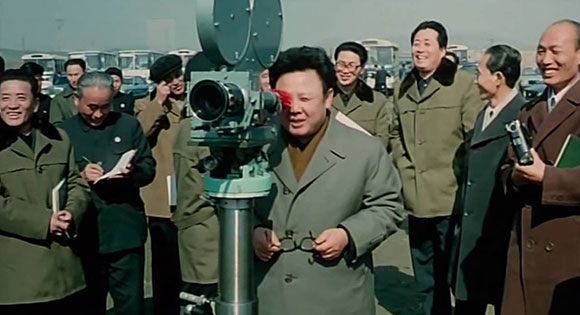 Robert Cannan and Ross Adam are the writers and directors of this unusual documentary which includes a central interview with Choi, movie clips from Shin's repertoire, and audio archival recordings the two South Koreans interacting with Kim. At one point, we are startled to hear that these tapes provided American agents and others with the first chance to hear the dictator's voice.