Desmond Doss (Andrew Garfield) grows up in a family ripped apart by the violence of his alcoholic father (Hugo Weaving), a bitter and still grieving veteran of World War I. The boy senses the anger within himself when he nearly kills his brother in a childhood fight and, later, when he almost shoots his father while rescuing his mother (Rachel Griffiths) from his abuse. A member of the Seventh-day Adventist church, Desmond comes to firmly believe that he must never take a life. He aspires to live by the Ten Commandments on the framed poster in their house, especially the Sixth Commandment: "Thou shalt not kill." 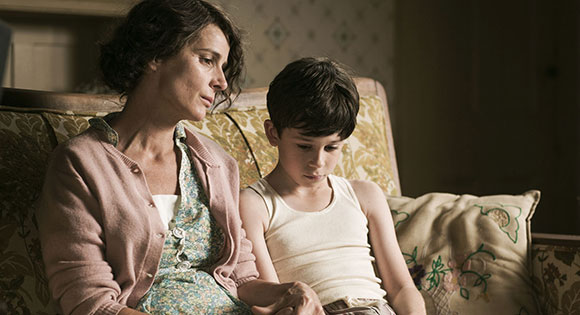 After Pearl Harbor, their small community of Lynchburg, Virginia, is filled with patriotic fervor. Desmond enlists in the army as a combat medic. He also registers as a conscientious objector, though he prefers to describe himself as a "conscientious cooperator." At boot camp with a combat rifle company, he becomes a pariah once he insists that he will not carry a gun. The other men ridicule his beliefs, call him a coward, and at one point nearly kill him during a late-night fight. Still, Desmond maintains that he wants to serve; he just will do it by saving lives as a medic rather than taking them. Still, he is charged with refusing to obey orders and is nearly court-martialed. 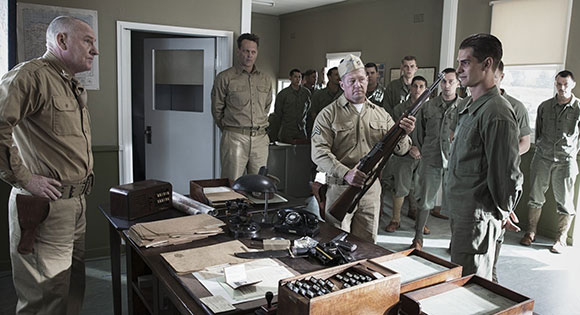 Doss eventually goes with his company to the Pacific theater. In the spring of 1945, these soldiers clash with the Japanese who offer fierce opposition in Okinawa in one of the bloodiest battles of World War II. After climbing a steep, jagged cliff called Hacksaw Ridge, the Americans are immersed in a chaotic and horrific battle with heavily armed Japanese soldiers; it would later be called the "rain of fire" because there was so much iron flying around. It becomes the scene of one of the most remarkable acts of heroism every recorded.

In his first film in ten years, director Mel Gibson brings us this inspiring true story of the first conscientious objector to receive the U.S. Medal of Honor; it was awarded to Desmond Doss by President Harry Truman in 1945. Gibson, who excelled before with action dramas (his Braveheart won Academy Awards for Best Picture and Best Director) conveys the shock, fear, confusion, pain, and adrenaline-charging energy of war in a series of visceral scenes that match Steven Spielberg's recreation of the storming of Omaha Beach in Saving Private Ryan. The blood and carnage are necessary to make us see how remarkable Doss's actions were. 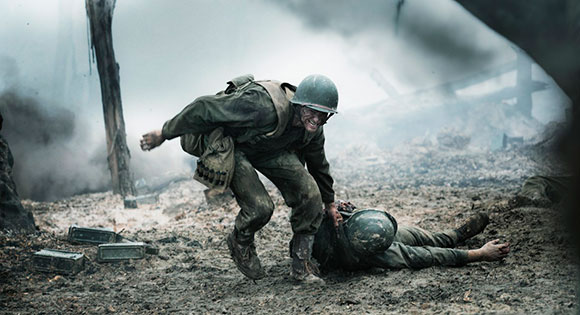 During the bloody siege on Hackshaw Ridge, when initially the Americans are overrun and have to retreat, Doss remains on the battlefield, dodging Japanese bullets and American bombardment from nearby ships, as he looks for wounded soldiers and then carries them to the cliff; he lowers them down to safety by a rope harness he has devised. In one night alone, he saves 75 men, including many who had previously tried to shame and humiliate him because of his refusal to carry a gun. On the next day he returns with his company and demonstrates his courage and heroism all over again. 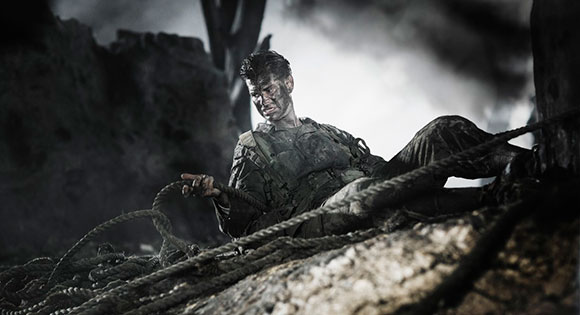 Often it takes a film like Hacksaw Ridge to remind us that the world does not have to be ruled by the Gospel of John Wayne where violence and revenge are seen as the only routes to problem solving and safety. Gibson, known to be a devout Catholic, obviously thinks that Jesus of Nazareth offers another path. Here's how Jim Forest, a Christian writer, describes it:

"We are saved not by weapons and the killing of adversaries but by conversion and love — a touch sentimental love that extends even to our enemies."

In one of the most moving scenes in Hacksaw Ridge Doss comes upon a dazed and badly wounded Japanese soldier and compassionately cares for him before moving on.

During every war, every protest, every community dispute, every criminal act, many people maintain that the only way to meet violence is with more violence. Yet throughout history, saints and peacemakers have challenged that presupposition. Nonviolence is an option, they tell us. This movie has that same mission. It raises the profile of nonviolence, conscientious objection, and other moral stands even in times of war. Desmond Doss reminds us of the words of Hugh Prather:

"Stands must be taken. If I am to respect myself, I must search myself for what I believe is right and take a stand on what I find. Otherwise I have not gathered together what I have been given; I have not embraced what I have learned. I lack my own conviction."