Directed by Asif Kapadia
A love story between a Muslim and an Eastern Orthodox believer that is also a history lesson about oil-rich Azerbaijan.

This romantic drama is directed by Asif Kapadia and set in 1918 in the exotic region of Azerbaijan, an oil-rich area on the Caspian Sea between Asia and Europe. Christopher Hampton (screenwriter for Atonement) has based the screenplay on a 1937 novel by Kurban Said. At the heart of the story is the love affair and marriage of Ali (Adam Bakri), the Muslim son of the wealthiest family in the capital of Baku, and Nino (Maria Valverde), a Georgian princess from another rich family. 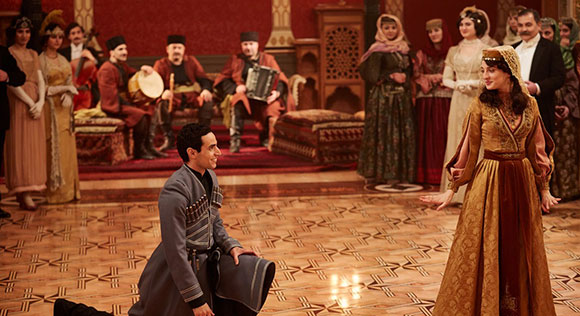 Against the beautiful backdrop of exotic buildings and Muslim mosques, this young and ardent couple frolic together until their plans to wed are dealt a blow by Malik (Riccardo Scamarcio), a friend of Ali's who falls in love with Nino and tries to kidnap her. In a fierce fight, Ali kills this interloper and is forced to flee for sanctuary to a small Muslim village in the mountains. 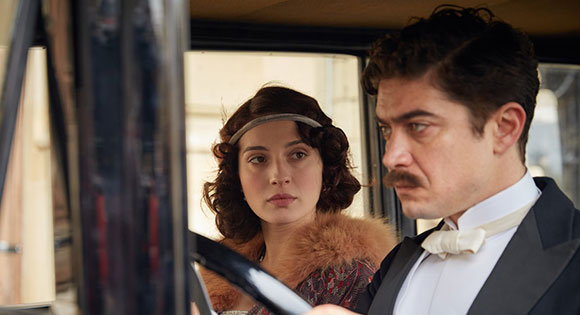 Malik's family and friends vow to avenge his death. Nino's parents (Mandy Patinkin and Connie Nielsen) want to take her back to Russia but she rejects their offer and settles down with Ali in his mountain retreat. They are married in a quiet ceremony. But their idyllic life there is short-lived with the arrival of World War I. He returns to Baku after sending Nino to safety in Tehran. 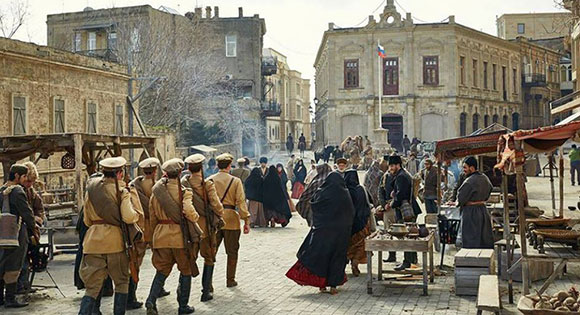 After the war and the turmoil of the Russian Revolution, Ali is chosen to take a prestigious job as a diplomat for the new Democratic Republic of Azerbaijan. He brings the pregnant Nino home and they enjoy the diplomatic life in the capital. But Russia has stationed a large number of troops at the border and are planning to attack the new republic, take over the oil fields, and slaughter the inhabitants of Baku. As events move swiftly, Ali must decide whether his main allegiance is to his wife and daughter or to his new homeland.

Although the drama of Ali and Nino's marriage lacks verve, the film has a sensuous glow to it thanks to the creative cinematography of Gökhan Tiryaki and the melodic music by composer Dario Marianelli. It is a pleasure to witness the customs, political developments, and complicated history of a place that most Westerners know little about.