Directed by Olivier Assayas
A thought-provoking film about the mysteries found in times of grief and loss.

"Grief is like the wind. When it's blowing hard, you adjust your sails and run before it. If it blows too hard, you stay in the harbor, close the hatches and don't take calls."
– Barbara Lazear Ascher in Landscape Without Gravity

Maureen (Kristen Stewart) is an American who works in Paris as a personal shopper for Kyra (Nora von Waldstatten), a self-absorbed celebrity. She communicates briefly with her boyfriend (Ty Olwin), a tech expert who is working in Oman. Neither of these relationships matter much to her in comparison to the recent loss of her twin brother who died of a congenital heart condition. He promised to try and contact her from beyond the grave. 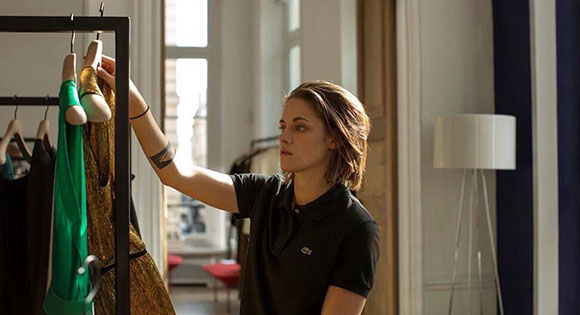 And so Maureen is waiting, and it is a hard discipline to keep. This wraithlike young woman spends her downtime communing with ghosts in a haunted house, desperately looking for a sign from her brother. But even more unnerving is her discovery that some mysterious person is stalking her via texts to her phone. He seems to know a lot about her fantasies and her obsession with forbidden activities.

Oliver Assayas worked with Kristen Stewart in Clouds of Sils Maria, and he proves able to once again draw out a mesmerizing performance from this gifted actress. She creates a perfect portrait of a woman trying to adjust her sails to catch the shifting winds in her life. 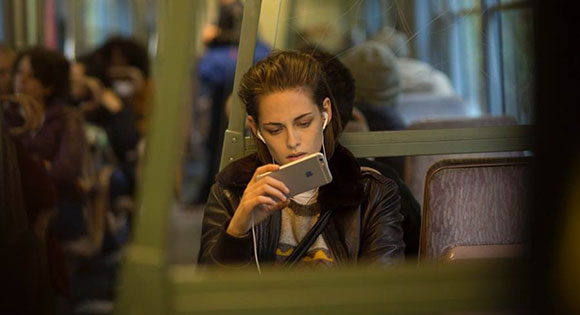 First and foremost, Personal Shopper is about the harrowing grief that takes hold of those who suffer the loss of a sibling. Second, it is about the mysteries that one faces during encounters with the spirit world. We try to take control in these moments, but they slip beyond our grasp, leaving us frustrated and feeling adrift in darkness we cannot understand. By the end of this thought-provoking film, we are more convinced than ever that the world is drenched in mystery.

R – some language, sexuality, nudity and a bloody violent image