Directed by Marshall Fine
A sprightly documentary about the diverse and impressive career of the stand-up comedian.

Robert Klein is a multi-talented entertainer. Although he is best known for his stand-up comedy, he has also been a film actor, a Broadway song and dance man, a musician (mainly the harmonica), and a master of improvised comedy. In this sprightly documentary directed by film critic Marshall Fine, fellow comedians sing his praises: most of them would put him alongside George Carlin and Richard Pryor as the funniest threesome of the post-Beatles Era. In addition, Klein is heralded as a role model for a new generation of funny men including Richard Belzer, Billy Crystal, Richard Lewis, and Jerry Seinfeld. 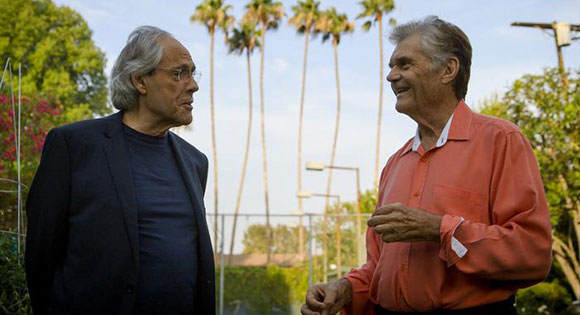 The comedian was born and raised in the Bronx. After quitting Yale Drama School, Klein honed his skills in improvised comedy at Second City in Chicago before returning to New York to appear in The Apple Tree, a musical on Broadway. He spent time with Rodney Dangerfield who served as his informal mentor. As the years passed, Klein impressed with a broad mix of comedy albums, appearances on variety and talk shows, breakthroughs on HBO specials and Saturday Night Live, and acting in movies.

Through interviews, archival footage, and scenes of everyday life, we see this gifted and insightful comedian's take on Jews, advertising, food, health, sex, and much more. Klein at 74 years of age is still performing, much to the delight of his many fans.