Directed by Emil Ben-Shimon
A well-done religious drama set in Jerusalem where the members of a small synagogue confront changes demanded by a fundamentalist zealot.

Etti (Evelin Hagoel) and Zion (Igal Naor) are the seasoned leaders of an Orthodox Jewish community in Jerusalem. In the opening scene, they and other members of the congregation parade happily from their homes to the synagogue for the bar mitzvah of their grandson. Everything is going well until, without warning, the synagogue's balcony where the women pray collapses. The rabbi's wife is injured, and the old rabbi descends into a confused depression. 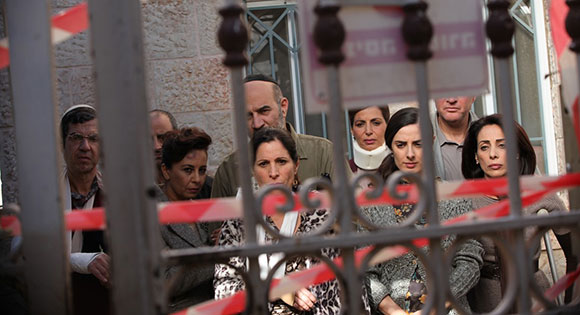 The male members of the congregation gather for prayer but do not have the ten men needed for a minyan. So they are very pleased when Rabbi David (Avraham Aviv Alush) from a nearby seminary passes by and returns later with some of his students. Soon this young rabbi is making suggestions about how the community should behave. He turns out to be a fundamentalist who emphasizes strict observance. First off, he tells the men that their wives should strive for purity by covering their hair. Most of the women refuse to follow this order. 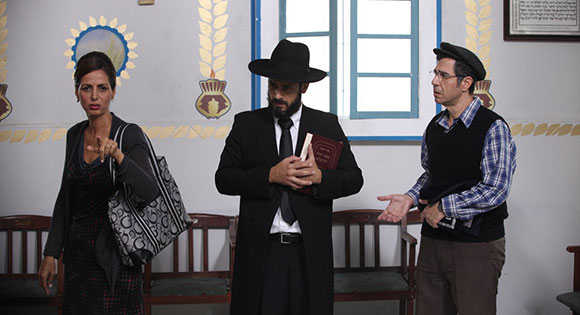 Conflict within the congregation grows when the women discover that the synagogue renovation, conducted under Rabbi David's supervision, has eliminated the women's balcony altogether and set up an auxiliary room for them. When the women raise the money to build a new balcony instead, they discover the young rabbi has other priorities.

This well-done religious drama offers a realistic and revelatory overview of a synagogue under siege from a zealot who wants things to go his way. Screenwriter Shlomit Nehama describes her goal in making the film as "to tell the story of the moderate people who are forced to deal with growing religious fundamentalism." 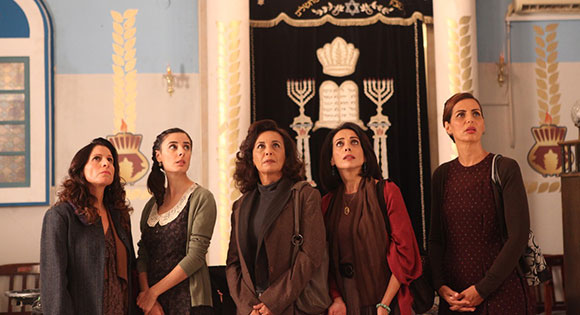 Evelin Hagoel shines as the resourceful and persevering leader of those opposed to Rabbi David's changes at the synagogue. Igal Naor is excellent as her patient husband who is pained by the increasing rift within their once close community. Yafit Asulin is a suitably happy young women whose life is turned around when she finds a young man to marry. The lively and melodic music by Ahuva Ozeri adds even more luster to this enjoyable religious film!