Directed by Werner Herzog
A visionary director's creative and challenging look at an ecological disaster.

Given the obtuse blindness of a large portion of humanity about the continuing destruction of the planet caused by our selfishness, greed, and addictions, it is no wonder that filmmakers like Werner Herzog are willing to try again and again to wake us up to the crisis at hand. Sometimes the magic works, and we see the truth of our situation more clearly. Other times it doesn't, and we are left with only a glimpse of the big picture. Werner Herzog's latest look at the ecological mess we are in falls in the former category. In Salt and Fire, this visionary German reveals the very real possibility that unless we change our ways, the human species could go extinct. 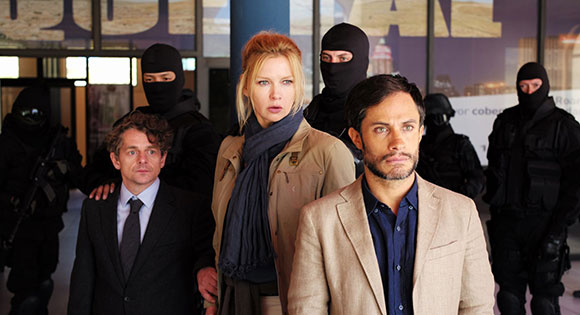 Laura Somerfeld (Veronica Ferres) is a famous scientist who arrives in Bolivia with two colleagues (Gael Garcia Bernal and Volker Zack Michalowsi). They have been sent by the United Nations to investigate strange geological formations which could signal danger for the region and the planet.

The scientists are abducted by a group of masked and heavily armed men and taken from the airport to the residence of Matt Riley (Michael Shannon) who has his own ideas on what they should do while in the salt flats of Bolivia. After kidnapping and frustrating these scientists, Riley takes Somerfeld to an island in the salt lake and abandons her there with two blind boys to look after. 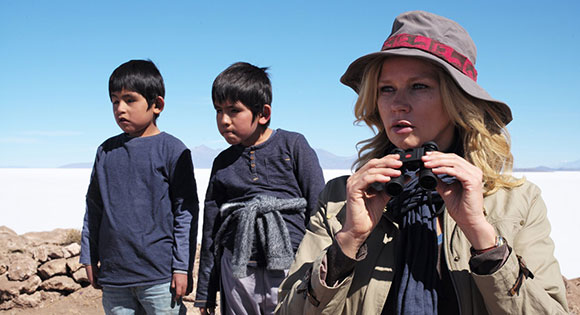 Herzog has playfully adapted this film from Tom Bissell's short story in which an American scientist is taken hostage by the KGB and compelled by her experiences to switch her assumptions about the Aral Sea Disaster. His screenplay challenges us to immerse ourselves in Somerfeld's strange journey as she thinks about aliens, wonders about the blind boys who do tricks with magnets, and worries about the Uturuncu volcano which erupted thousands of years ago and might blow again at any time.