Directed by Josh Aronson
An entertaining documentary on the master cello teacher Paul Katz and his talented students.

Harvard President Drew Gilpin Faust recently wrote of students overlooking the benefits of following their "interest in art or linguistics or any of the other humanity disciplines." The trend towards employable subjects like math and science is reflected in decisions of college students as well as the decision-making process in many primary and secondary schools. Funds have been cut in more than 80% of U.S. school districts since 2008. The very first programs to go are often disciplines such as music, art, and foreign languages.

The president of Harvard is not alone in her concern. Groundbreaking work of cognitive neuroscientists reveals what we think are "extras" are central to strengthening our minds. Studying Mandarin or music as a child might do more for your adult brain and long-term economic prospects than studying biology. 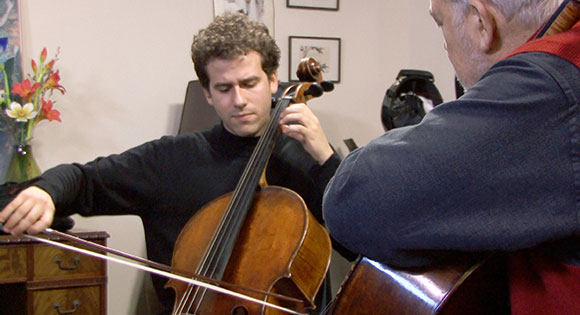 This entertaining and enlightening documentary provides us more evidence of the value of studying music. At its hub is Paul Katz, known to concert goers as cellist of the Cleveland Quartet, which during an international career of 26 years made 2,599 appearances on four continents. In 2011 Katz launched CelloBollo, a website designed to connect cellists of all ages and performance levels. He has stated: "Our art is passed from one generation to the next, not by books but by mentoring." 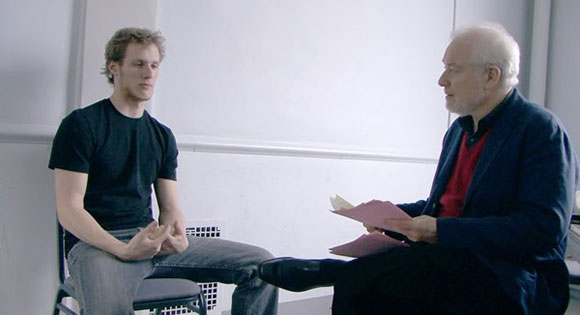 Talent Has Hunger, directed by Josh Aronson, maps seven years in the lives of this master cellist and four of his students at New England's Conservatory of Music in Boston. We watch Katz work wonders with his gifted students: Lev Mamuya, a child prodigy who began cello lessons at three years of age; Sebastian Baverstam, who performed his first concerto with orchestra at the age of seven and since then has won global acclaim for his playing; Emileigh Brook Vandiver, who earned recognition as a soloist recitalist and chamber musician but whose passion lies in the challenges of being a cello teacher; and Nicholas Canellakis, who has been hailed as an innovative cellist whose internal battles with boredom have enabled him to make the most of his talent. We were especially impressed with Katz's recognition of the "hunger" in each student and his ability to bring out their special gifts.