Directed by Jonathan Teplitzky
An engaging look at Winston Churchill's inner struggle in old age as he faces his diminished powers and his vulnerability.

"The journey between what you once were and who you are now becoming is where the dance of life really takes place."

This drama focuses on the agitation, fear, depression, and disappointment of Winston Churchill (Brian Cox) during a 48-hour period prior to the Allies' historic D-Day landings (Operation Overlord) in June of 1944. Repeatedly circling back to his memories of the 7,500 young men who lost their lives at Gallipoli during World War l under his leadership, the 70-year-old Prime Minister expends a lot of anger and energy trying to convince General Eisenhower (John Slattery), Field Marshal Montgomery (Julian Wadham), and the other commanders to abandon this ambitious mission designed to liberate France and administer a deadly blow to Hitler's destructive dreams of world domination. 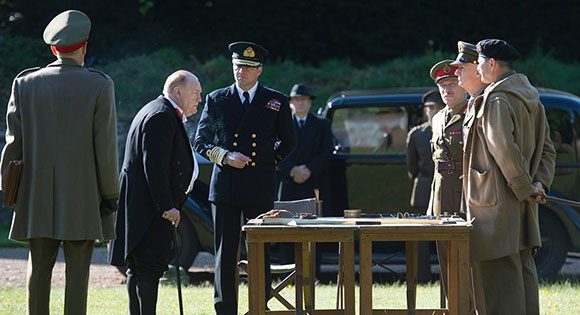 "What our film tries to do is look at the human being and the man behind, in a sense, the mythological icon of history. He was a human with flaws and vulnerabilities."

From the opening scene of the film where we see the elderly Churchill staring at the ocean to the last scene where he has returned to the same place as a transformed man, the message is that there is no escape from the changes that come with old age as the body fails us and depression often dogs us with self-doubts and a diminished sense of what we can accomplish.

Perhaps the greatest battle during this stage of life is the keen sense of loss that comes when we realize that we are not the person in other people's eyes that we once were. Churchill spent his entire lifetime fighting as a heroic warrior and statesman. Feeling powerless, marginalized, and disrespected for his opinions, he takes out his frustration on his secretary (Ella Purnell), his wife (Miranda Richardson), his aide (Richard Durdan), and the military leaders. 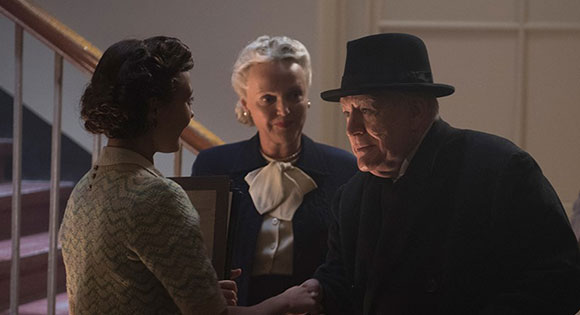 Time forces us all to change, and this is one of the major tasks of elderhood. It takes courage to let go of the persons we were in the past and to step into the future with hope and measured grace. Yet we must not raise our expectations too high for that can lead to disappointment and diminished energy.

Brian Cox gives a polished performance as Churchill, and we come away from the movie theatre buoyed by this portrayal of a man we can identify with who proves himself capable of transformation.