Directed by Roger Michell
A compelling costume drama that leaves us in the dark with the nettlesome emotion of not knowing.

Daphne du Maurier's 1951 novel was previously adapted for the screen as a 1952 drama starring Olivia de Havilland and Richard Burton. This version of the romantic tale is written and directed by Roger Michell (Notting Hill, Persuasion, Changing Lanes, Hyde Park on Hudson). It compels us to pay serious attention to the two lead characters who are unwilling and unable to show their true colors or verbally share their innermost feelings.

Philip Ashley (Sam Claflin), an orphan, was raised by Ambrose, his cousin and caregiver. When Ambrose became very sick, he left his estate along the coast of Cornwall, England, for the warmer climate of Florence, Italy. There he met and fell in love with Rachel, a mysterious woman. In letters to Philip, Ambrose reveals his happiness and then his distress; he becomes convinced that she is out to kill him. In his last letter, he pleads for Philip to come and visit him.

By the time the handsome young man arrives in Italy, Ambrose has died and Rachel has fled. Philip vows to avenge his surrogate father: "Whatever it cost him pain and suffering before he died, I will return in full measure upon the woman who caused it." 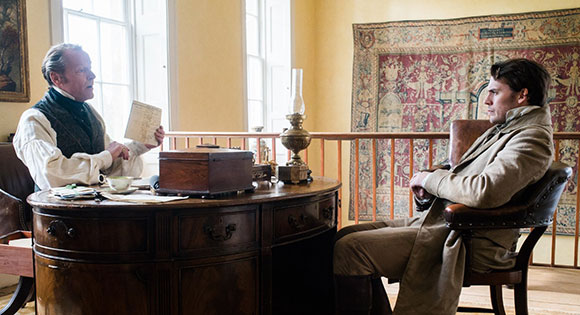 My Cousin Rachel is a haunting costume drama that takes hold of our consciousness and won't let go. Evidence about the cause of Ambrose's death make us wonder if he was killed or suffered from paranoia. Still, we are surprised when Philip immediately falls under Rachel's spell (Rachel Weitz) and abandons his revenge scheme. This response also surprises his godfather (Iain Glen) and his daughter (Holiday Grainger) who has dreams of marrying Philip.

At one point, Rachel, who is older than Philip, tells him that he is like a frisky puppy, eager for attention. Another time, she calls him a boy. When he gives her his mother's pearl necklace as a Christmas gift, she gives it back to him. 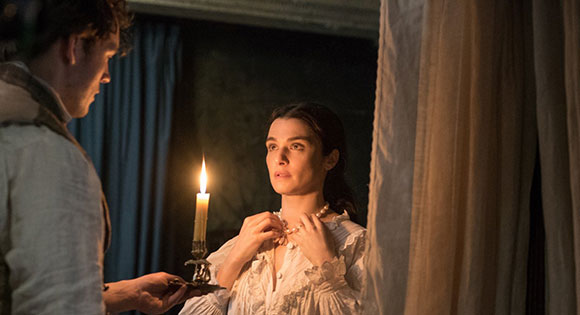 Philip gradually turns both more amorous and more violent in his emotions. Then he succumbs to sickness. His rage is reborn as he follows Rachel into town and spies her with her Italian friend Guido (Pierfrancesco Favino) whom he assumes is her lover.

As the evidence in our minds piles up against Rachel, Philip's mood swings seed our feelings that he has become unhinged in his paranoia about this beautiful woman. 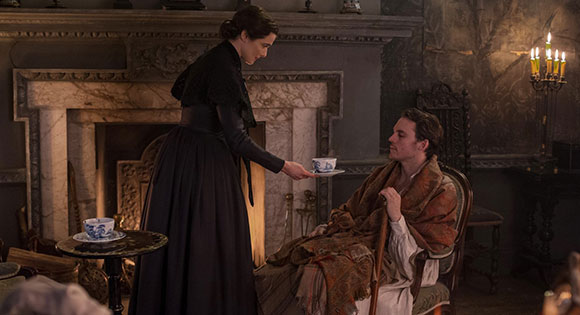 Many viewers, accustomed to neat endings, will be upset by Daphne du Maurier's and Roger Michell's refusal to clarify the questions at the heart of this film: Did she or didn't she? and Why? But we have come to the conclusion that some questions cannot be answered, and it's good to practice just letting them remain mysteries. The older we get, the more we must learn to live with not knowing.