The Passion of Augustine

Directed by Lea Pool
An intriguing drama about a musically gifted religious who creatively handles the many challenges facing her convent school.

Mother Augustine (Céline Bonnier) is the head of a small convent school in rural Quebec in the late 1960s. She has handed down her passion for music to her students who have won piano competitions in the area. But Mother Augustine's joy and security in her ministry are put in jeopardy by a batch of challenges disguised as changes. It is hard for her to see the spirit's creativity in making a new world every moment!

"Let go. Learn to flow with the changes that come up. Loosen up and relax." 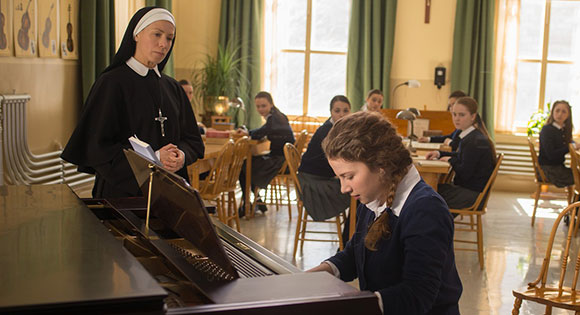 Part of this newness is the surprise arrival at the school of Alice (Lysandre Ménard), her sister's daughter who flaunts her individuality as an exotic teenager and a very talented jazz pianist. Mother Augustine is determined to tame her wild spirit and to focus her musical studies. At the same time, she clashes wills with the Mother General (Marie Tifo) who is no fan of music and predicts that some of the Catholic schools will not survive as more students go to the government schools. Mother Augustine's clever attempts to raise her own support only compounds their conflict.

"Even the old passes away
and newness emerges
from the richness that was.
Nothing is ever lost
in the many changes
time brings."

— Edward Searl in We Pledge Our Hearts 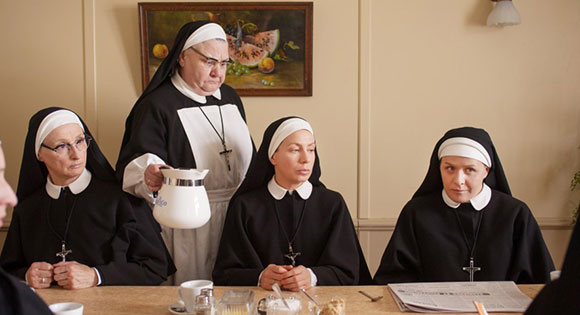 The Passion of Augustine convincingly conveys the difficulties many Catholic institutions had with the changes brought about by the liberal shifts of the 1962s Vatican II Council and the inroads being made by those seeking to advance the cause of secular schools. Director Lea Pool makes the most of the impressive music performed by the young women's choirs and the pianists. In the end, we cheer Mother Augustine on as she responds creatively to the many changes which come her way.

— Joan Chittister in Wisdom Distilled from the Daily