Directed by Nathan Frankowski
True account of a talented Chickasaw storyteller who became an ambassador for her people and all Native Americans.

For generations, Native Americans have told stories to keep their history, culture, customs, and language alive. These oral tales are often filled with myths about the origin of the tribe, their closeness to the natural world and animals, and the mysteries they could not understand. Songs, music, and dance were used to interpret the stories. 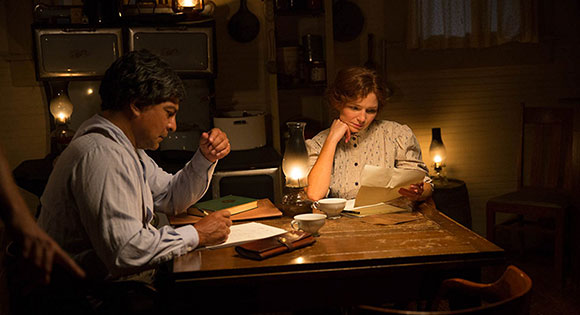 This edifying and inspiring film directed by Nathan Frankowski is based on the true life of Te Ata (1895-1995), the Chickasaw storyteller a.k.a. Mary Thompson Fisher. As a child, this Native American spends much of her time communing with nature and seeing glimpses of a legendary white dog, considered a spirit guide in the wisdom traditions of her tribe. Te Ata, (Q'orianka Kilcher) whose name means "bearer of the dawn," is very close to her father (Gil Birmingham). He encourages her mystical connections with nature, but was less supportive of her desire to move out of the close community on the reservation. The tribal governor Douglas H. Johnston (Graham Greene) recognizes that the girl can help others better understand the Chickasaw ways.

Te Ata becomes the first Native American to attend and earn a degree from Oklahoma College for Women. Although she is isolated from many of her peers, who are uncomfortable with her heritage, she is championed by her theatre arts teacher Miss Davis (Cindy Pickett). She encourages this ardent young woman's yearning to transmit her culture. In one of their surprising encounters, Davis comes upon Te Ata talking to sparrows and asks what these little ones have said to her; she replies they are wondering why they left the nest! 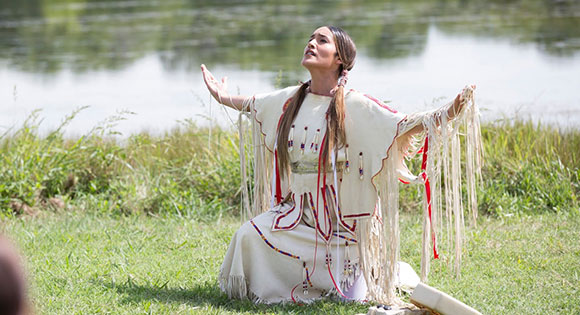 After touring the country with her own performance of Indian stories, Te Ata moves to New York with the dream of being in a Broadway show. Although she is cast, she eventually realizes that her true calling is to be a Chickasaw storyteller. She is fully supported in this mission by an astronomer, Dr. Clyde Fisher (Mackenzie Astin), who has traveled the world and is an admirer of indigenous cultures. He turns out to be a kindred spirit and they marry as soulmates. 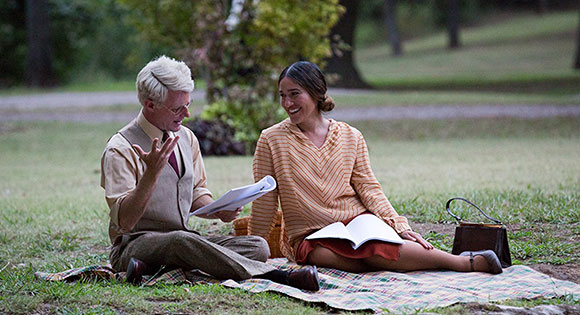 Q'orianka Kilcher, who was so luminous in The New World, gives another bright and beautiful performance as the enthusiastic Chickasaw storyteller who serves as an ambassador to the world for all Native Americans. In real life, Te Ata's portrayal of the songs, stories, dances, and music of her people proved to be uplifting fare for diverse audiences. She was honored by Eleanor Roosevelt and performed at the White House.

"Te Ata brought the beauty and wisdom of American Indian culture to the world in a way that helped develop greater appreciation for core values such as basic human kindness and respect for the natural world. Her life's work helped bring diverse cultures closer together. She is a shining example of how artistic expression can change hearts and minds."

PG - some thematic elements including a brief violent image