Directed by Reginald Hudlin
A rousing courtroom drama about Thurgood Marshall as an ardent NAACP lawyer in a town convulsed by racial hatred of blacks.

Born in Baltimore, Maryland, on July 2, 1908, Thurgood Marshall was the grandson of a slave. In 1933, he received a law degree from Howard University. During his long and noteworthy career, his earnest and creative goal was to defend voiceless African-Americans.

While working for the National Association for the Advancement of Colored People between 1934 and 1961, Marshall took on cases which called upon him to seek justice in a land convulsed by racial discrimination. He earned the title "Mr. Civil Rights" by arguing 32 cases before the Supreme Court and prevailing in 29 of them.

Perhaps his most important triumph came in the case Brown v. Board of Education of Topeka, which invalidated state enforced racial segregation in the public schools. In 1967, President Johnson appointed Marshall to the Supreme Court, declaring that it was "the right thing to do, the right time to do it, the right man and the right place." 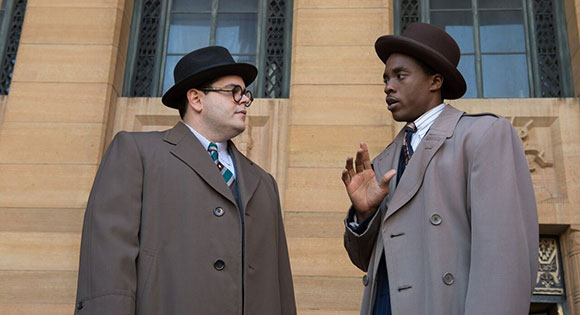 As the first African American elevated to this high office, he was an outspoken liberal in a court dominated by conservatives. At one point in his lifelong crusade for justice, Marshall said: 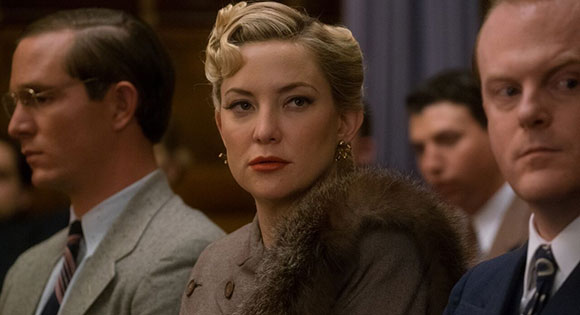 In the biopicture Marshall, it is 1941 and Joseph Spell (Sterling K. Brown), a Negro chauffeur, has been accused by Eleanor Strubing (Kate Hudson) of rape and attempted murder. Arriving in Bridgeport, Connecticut, Marshall (Chadwick Boseman) is a self-confident and ardent young idealist. He tells Spell that he only defends innocent people accused of a crime because of their race. This case is important to the NAACP as part of their campaign for justice in the courts.

Because he is not recognized by the Connecticut bar, Marshall needs to have a local lawyer sponsor him for the case. Sam Friedman (Josh Gad), who has mostly worked on civil cases about insurance, reluctantly agrees to help. But the tough law-and-order judge (James Cromwell) refuses to accept that arrangement, and orders Friedman to be the defense counsel; Marshall is allowed only to advise him. This is a challenge, given that Friedman has never been involved in a complicated criminal case and is also worried about his reputation in the conservative white city.

The prosecuting attorney (Dan Stevens) seems pretty sure this will be an easy case to win. The community is caught up in the ugly dimensions of racial bigotry, and neither lawyer is safe from verbal and physical attack. 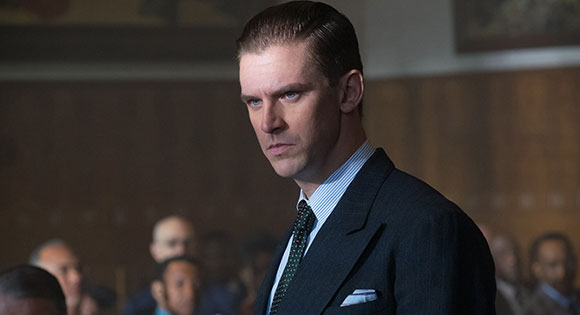 Director Reginald Hudlin keeps this courtroom drama percolating and is able to draw strong and credible performances from Chadwick Boseman (who played Jackie Robinson in 42) and from Josh Gad. The film's depiction of racial prejudice is very timely:

"Racism separates, but it never liberates. Hatred generates fear, and fear once given a foothold; binds, consumes and imprisons. Nothing is gained from prejudice. No one benefits from racism."
— Thurgood Marshall