The Man Who Invented Christmas

Directed by Bharat Nalluri
A tale that's sure to revive the variety of emotions which come alive within you during the Christmas season.

The Christmas season is one of giving, sharing, and the quiet joys that flicker in our minds and bodies. It is the season of connections with loved ones, which are often extended to charities and other organizations we support. At no other time of the year are the pleasures of generosity so heart-felt. As Lilly Golden, an editor and writer, has observed:

"Christmas is a time when people look about themselves, take stock of their lives, and feel either grateful or denied, when joys are celebrated and the painful truths of life become evident, when love seems sweeter and losses more bitter." 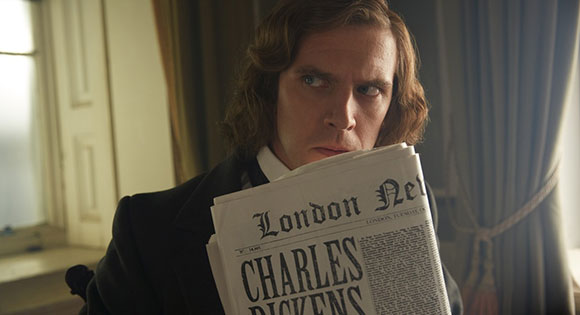 A major booster of this understanding of Christmas is A Christmas Carol, a novella published by Charles Dickens. Through the story of a grouchy old miser, Dickens explored the consequences of a life of selfishness and the blessings of his transformation for himself and those around him. This film tells the story of how Dickens came to write the story and managed to get it published in just six weeks.

In the winter of 1843, Charles Dickens (Dan Stevens) is going through a dry spell. At the time he was England’s most popular writer (and he may still be today), but his last three efforts have been commercial flops and his publisher has reduced his royalties. His wife (Morfydd Clark) is expecting their fifth child, and he has incurred a lot of debts decorating a new house. His father (Jonathan Pryce) and mother (Ger Ryan) have arrived, looking for handouts. Amidst all this pressure, he’s experiencing writer’s block. 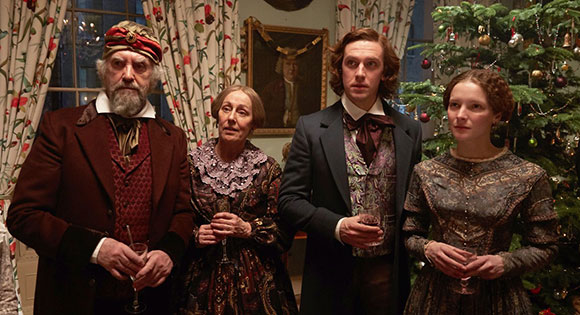 Several incidents in the streets of London remind Dickens of the plight of the poor in England, bringing back memories of his own childhood at a work house. Outside a theater he encounters a man who dismisses their needs and seems to celebrate greed. At a cemetery, he meets a man who has just witnessed the burial of his business partner and utters the phrase that will become immortal: “Bah, humbug.”

Gradually the shape of a story about a miser who hates Christmas begins to take shape. But Dickens’ publishers fail to get excited about this new project, and he realizes that he is going to have to publish it himself. With his good friend John Foster (Justin Edwards), he visits his solicitor and others to raise the money to pay the famous illustrator Leech (Simon Callow) and get the book printed before Christmas. 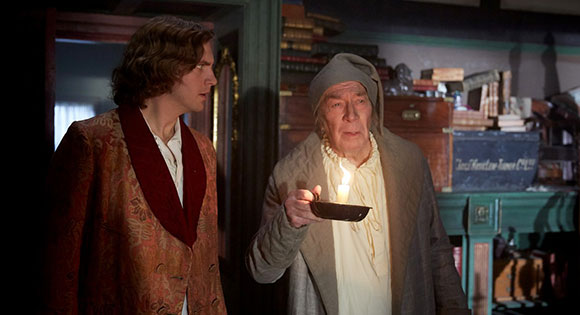 Then it’s a mad dash to write the story. In his home study, Dickens entertains his characters, including a very opinionated Scrooge (Christopher Plummer). There are also appearances by the three ghosts and the family of Scrooge’s clerk Bob Cratchit. As he finishes each section, Dickens test runs the story by reading sections to his children’s maid (Anna Murphy) for inspiration and affirmation.

Director Bharat Nalluri and screenplay writer Susan Coyne tap into the wonders that abound in the story of the stingy Scrooge who, along with the author, discovers it is possible to change and become a more giving person. Christmas was not a particularly popular holiday in those days, so this story also shows how it was reinvented as a time for family get-togethers, giving, and celebrations. 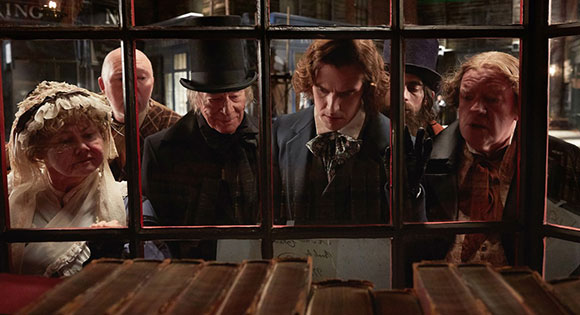 In an article in Time by Kate Samuelson Coyne sums up the lasting significance of this classic tale:

“Before A Christmas Carol, you’d never ask questions about the meaning of Christmas, and we now ask it all the time, I think that’s because of what Dickens’ book suggests. It has this magical idea that in spite of all our differences, we can make something good happen — something which, in this day and age, it’s important to remind ourselves of.”


Special feature on the DVD: "The Story Behind The Man Who Invented Christmas"